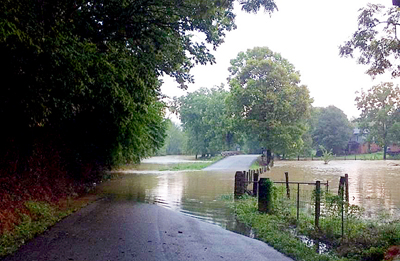 The Lincoln County Road Department removed debris and all roads were reopened later Friday, aside from one.

Goshen Church Road, which suffered damage at a bridge, was closed for a while longer and repairs were expected to be concluded later Friday.

“The Lincoln County School District will be cancelled today, Friday, August 18, 2017, due to high water in some parts of the county,” a statement on the district’s Facebook page said.