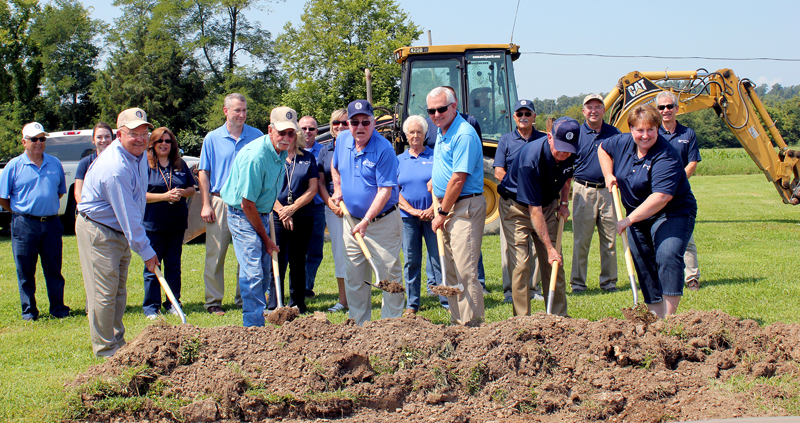 Photo by Abigail Whitehouse Casey County Bank officials are joined by city and county officials in Crab Orchard Aug. 19 for a ground-breaking ceremony, marking the beginning of the permanent location's construction. 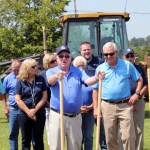 Photo by Abigail Whitehouse Crab Orchard city officials, as well as Lincoln County officials are joined by representatives of Casey County Bank as the group breaks ground on a new permanent bank location. 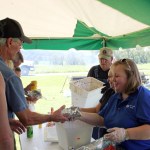 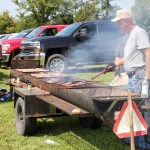 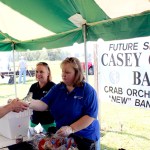 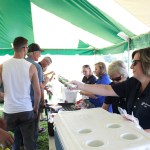 CRAB ORCHARD – It was a celebration last Saturday as city and county officials were joined by representatives of Casey County Bank to break ground on a permanent location in Crab Orchard.

“Welcome to your bank. This is your bank, we’re just running it for you,” said David McAnelly, chairman of the Casey County Bank Board of Directors.

The group gathered outside of the bank’s current modular structure on Main Street Saturday, Aug. 19 for the ground-breaking ceremony.

The bank has operated out of the modular structure up to this point but now, after seeing it’s success, Casey Bank is ready to put down roots.

McAnelly said when Crab Orchard approached the bank in Liberty about locating in Lincoln County, the similarities between the two communities became apparent.

“…We found out that we had so much in common with your community, that it was almost the same as Casey County,” he said Saturday.

There is even a street in Liberty named Butcher Avenue, after the late Earl Butcher who was a principal in Crab Orchard for several years, McAnelly said.

“One of our board members, who died last year, was Humphrey Elliot, who was a coach here at Crab Orchard for many years,” he added.

McAnelly said those serve as two of several examples of similarities between Crab Orchard and Liberty.

The group dug their shovels in and scooped the first pieces of dirt to mark the beginning of construction of the new permanent bank location.