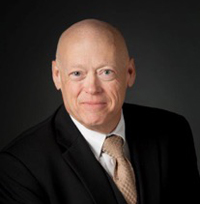 David A. Tapp, Judge of the 28th Circuit (Pulaski, Rockcastle and Lincoln Counties), announced today that he would seek election for the Kentucky Supreme Court in 2018. Tapp praised current Supreme Court Justice Daniel Venters who has decided not to seek re-election: “For three decades, Justice Venters has served the people of Kentucky. Countless young lawyers and judges, as well as the people of our community, have benefited from his guidance and leadership.”

Tapp has served as Circuit Judge since 2005 and previously served as a District Judge. He has experience as a prosecutor, private attorney, and law enforcement officer. Tapp oversees the continuing education of all general jurisdiction and family court judges throughout Kentucky. Earlier this year, U.S. Senator Mitch McConnell appointed Tapp to the United States’ Coordinating Council for Juvenile Justice and Delinquency Prevention. Recently Tapp represented the Kentucky Court of Justice on Governor Bevin’s Criminal Justice Policy Assessment Council and has served as co-chairperson of the Circuit Judges’ Judicial Child Fatality Task Force. Tapp frequently presents at legal education conferences, has served as adjunct faculty at the University of Louisville Brandeis School of Law, and is frequently consulted regarding implementation issues affecting the judiciary. He received his law degree from the University of Louisville, a Master’s degree in Criminal Justice Administration from Chaminade University of Honolulu, and his B.A. from Morehead State University.

Tapp noted the problems which face much of the region’s population. “Our communities are facing major issues that have overwhelmed families—drugs, crime, poverty, education and under-employment are issues continuously hurting our community. As judge, I’ve focused on efforts to provide meaningful treatment to those who need it and to hold offenders accountable. Through team work with the public and private sector, we’ve worked to improve the quality of jobs which are available to many and reduced the barriers to obtaining meaningful employment,” stated Tapp. “These are the things that we have to do to solve the problems which plague Kentucky families. These issues all play out in our courts. And it is our responsibility to address these issues whenever appropriate.”

Tapp has been widely recognized for his work with treatment courts including the 2011 All Rise award from the National Association of Drug Court Professionals. In addition, in 2015, Tapp’s drug court became only the fifteenth, out of over 2,500 worldwide, to be presented the Community Transformation Award by the NADCP, and he has garnered national attention for implementing a model community supervision probation program.

“I’ve been blessed to serve Kentucky as a judge and I have more still to contribute,” stated Tapp. “I believe in the limited but crucial role that the courts play in our system of government and I am mindful of the lessons that my parents taught me and that I’ve tried to instill in my own children—work hard, help out wherever you can, and believe in others.”

Judge Tapp resides in Somerset, KY, with his wife Debbie. They have five daughters, three sons-in-law and one grandchild. Judge Tapp attends Somerset First United Methodist Church and Debbie is a member of First Baptist Church. Outside of volunteer activities related to his profession, Judge Tapp has been active with the American Cancer Society, local civic groups, and he and his wife have served on church mission trips.