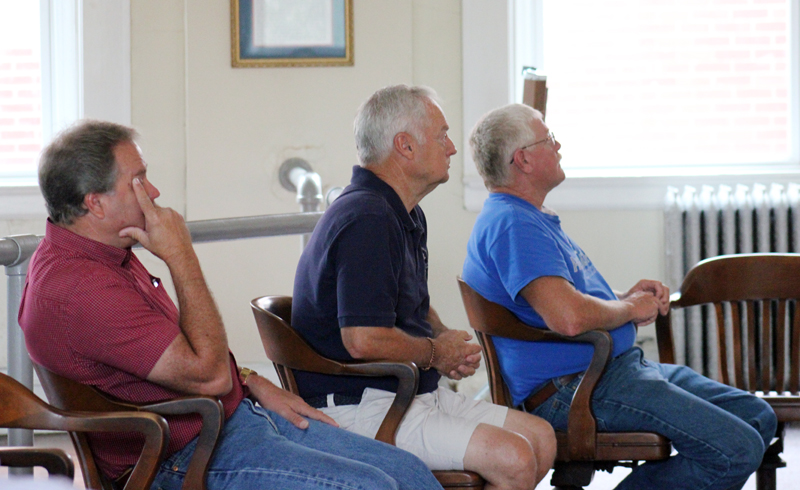 The 2017-18 compensating rate is projected to generate about $10,488 more than last year, according to Judge-Executive Jim Adams. Adams said a four-percent revenue increase would have generated about $30-40,000 in additional revenue.

“The general public, for the most part, thinks the court gets all the tax dollars, we dont We get just the county’s portion,” Adams said. “All the taxing districts get a check directly from Curt Folger’s office or Sonny’s office…we only gets what’s ours.”

Adams recommended a four-percent revenue increase in order to trigger a public hearing but no motion was made.

Magistrate Joe Stanley said he felt like the compensating rate would be beneficial for another year, considering the county’s finances appear to be in decent shape, and made a motion to take the rate.

Thanks to conservative spending, careful budgeting and gains made by the Lincoln County Regional Jail, magistrate Johnnie Padgett said he was comfortable taking the compensating rate this year.

“It’s a tough decision and like Jim says, we don’t control every dollar but we get blamed for the high rate of taxes that property owners have to pay in the county,” he said.

Magistrates are elected to keep the roads in shape and use their dollars wisely for the people in the county, Padgett said.

“My hat’s off to Rob (Wilson), if it hadn’t been for him getting elected as jailer, tax rates, I don’t know what they might be right now If we were continuing to put $700,000 a year into the jail fund, we would’ve been forced to raise taxes,” Padgett said. “It’s a tough decision…I feel like at this time, as good of a job that the judge has done, Lee Ann (treasurer) has done and Rob (jailer) has done, I appreciate that very much, and I’m going to have to second Joe’s motion at this time to take the compensating rate.”

Adams said he still supports the four-percent revenue increase and gave that opinion as a “symbolic vote” during the July 25 meeting, though it does not count.