STANFORD – The 2017 Lincoln County Fair Miss Teen title was given to 13-year-old Skylar Owen Tuesday night as the judges placed her ahead of the pageant pack.

Owen, the 13-year-old daughter of Tommy and Stacy Owen, might be a Barren County native but she commanded Lincoln County’s attention at the Ted Gilbert Pageant Pavilion as she and 12 other participants took to the stage.

Upon entering, each Miss Teen contestant was asked to name three wishes in life and Owen’s wishes were that money was not an issue, that there was no drama in school and that there was no sickness. Contestants were also asked who they would be if they could be anyone in the world and Owen said she would like to be the 2017 Miss Kentucky. “Right now, I would like to be Molly Matney – Miss Kentucky,” Owen said. “She is really nice and funny and is probably the happiest person in (Kentucky).” 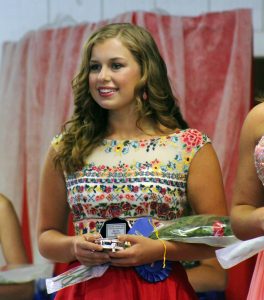 First runner-up in the Miss Teen contest was Shelbie Black, 14, the daughter of Keith and Lisa Black of Somerset. Black, who will be a Pulaski County high school freshman in the fall, received a $25 cash award and silver.

Black’s three wishes included representing the Lincoln County Fair at the state pageant, attending the University of Kentucky on a full scholarship and ending discrimination.

If Black could be anyone in the world, she said she would want to be the first lady, Melania Trump. “If I could, I would be Melania Trump because she has been given such a big platform to help the community and the nation,” she said. 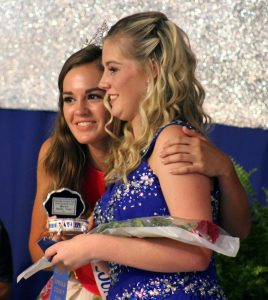 An award was also given to the contestant who out-shined the rest in the off-stage interviews and this year that award was given to Haylee Foster, 14, of Pulaski County. Foster is the daughter of Jennifer Letner and Erik Foster and will be a freshman at Southwestern High School this fall. 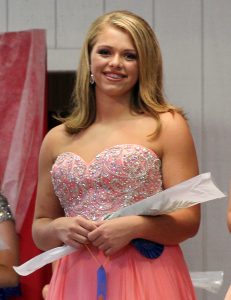