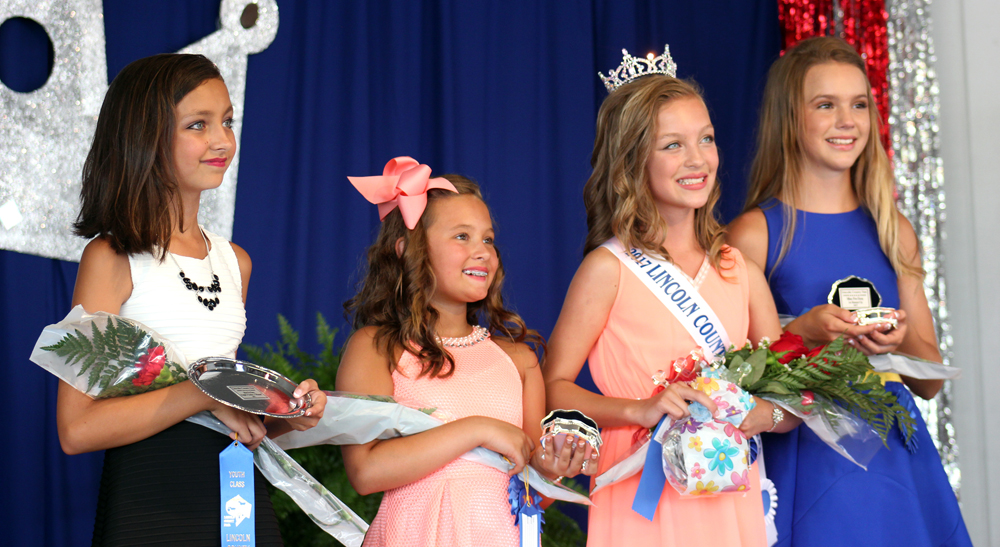 STANFORD – A field of 18 pageant participants took to the stage Tuesday night as they each vied for the coveted 2017 Lincoln County Fair Miss Pre-Teen title.

The judges had a tough decision on their hands as each contestant brought their best to the stage but it was the last contestant in line that caught the judges’ eyes and kept their attention long enough to earn the crown. That contestant was 12-year-old Peyton Jean Ramsey of Stanford.

Ramsey, the daughter of Andy and Kim Powell and Clay and Shelby Ramsey, said if she had three wishes they would be for herself and her family to go to heaven, to be a food network chef and to travel to Europe. When she grows up, Ramsey said she wants to be a “Food Network Chef” because she enjoys cooking and thinks it would be fun to be on television.

Along with the crown and sash, Ramsey received a $30 cash award and $50 clothing allowance to be used at the Miss Pre-Teen Kentucky pageant in October where she will represent Lincoln County.

First runner-up in the Miss Pre-Teen pageant was Sierra Smith, 12, of Stanford. Smith is the daughter of Kenny and Tammy Smith and will attend the Lloyd McGuffey Sixth Grade Center in the fall. If she had three wishes, Smith said she would wish for a cure for cancer, to meet Lea Michele and to go on a shopping spree with her family and friends. When asked what she wants to be when she grows up, Smith said, “A teacher so I can inspire students like my teachers have inspired me.”

Pageant attendees voted throughout the event Tuesday night for their favorite contestants and it was Sophia Harris, 11, of Waynesburg, who commanded the public’s attention and earned the People’s Choice Award. 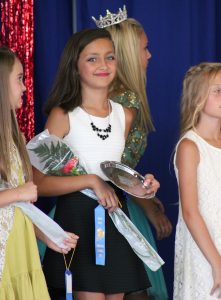 Harris, the daughter of Abbie and Eric Harris, entertained the crowd with energy as she made her way across stage.

If she had three wishes, Harris said they would be world peace, the end of hunger and complete freedom. When asked what she wants to be when she grows up, Harris said, “A photographer because I would like to capture the art in the world.”

Bryant, the daughter of Mark and Kelly Bryant, said she loves basketball and if she had three wishes, she would be in the WNBA (Woman’s National Basketball Association), own a Palomino horse and sing on the reality show America’s Got Talent. 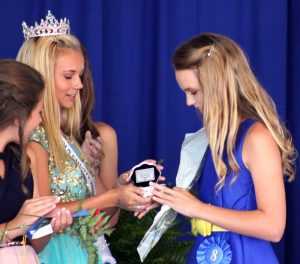