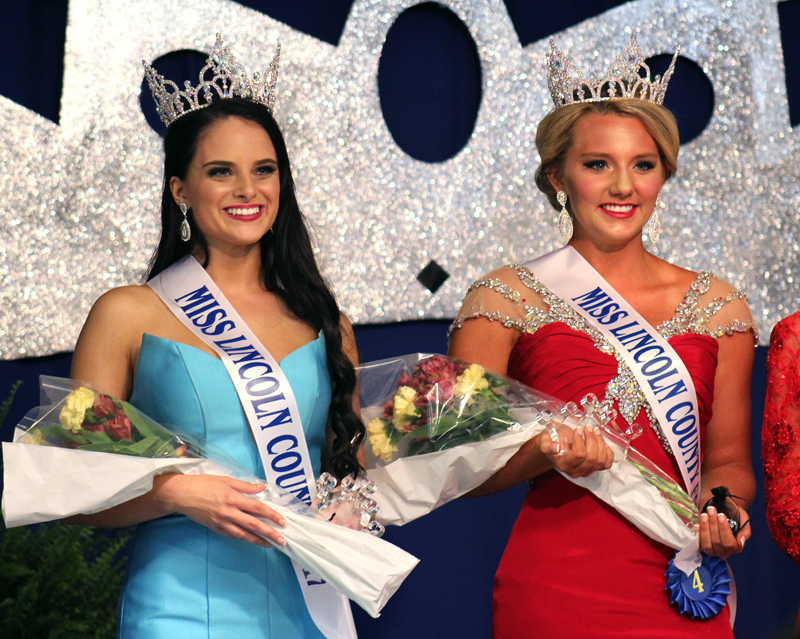 Robbins and Pendygraft dominated the field of 10 participants as they battled it out in casual wear, swimsuit and evening gown categories. Contestants were also judged in off-stage interviews.

Robbins, the daughter of Amanda and Jason Robbins, entertained the crowd and judges with personality Monday night as the five-foot-eight-inch, blue-eyed beauty queen made her way across the stage through several categories.

Currently enrolled at Bluegrass Community and Technical College, Robbins said she wants to be a dental hygienist and her ambition is to influence others to go after their dreams. When asked what the biggest problem facing young women today is, Robbins said “self-confidence and how they view themselves.” 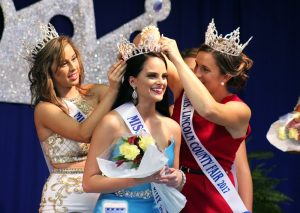 Robbins said she most admires her mother, who raised her as a single mother for 13 years. As the 2017 Miss Lincoln County, Robbins received a $150 cash award and $50 for expenses to attend the Kentucky State Fair as well as flowers, a sash, tiara, and pin.

Next to Robbins, sharing the spotlight, was Pendygraft, the daughter of Brian and Vickie Pendygraft and  recent Mercer County High School graduate. Pendygraft plans to attend the University of Kentucky in the fall and her college ambitions include a degree in kinesiology, doctorate of physical therapy and a fellowship in aquatic therapy.

The biggest problem facing young women today, Pendygraft said, is the pressure to publicize their lives on social media.

“Young women today focus on the amount of likes/followers, but unfortunately, do not realize the long-term consequences which may impact safety, security, and future career opportunities,” she said.

Pendygraft received a $100 cash award, $50 expenses award and room expense to represent the Lincoln County Fair at the annual Miss Kentucky County Fair contest to be held in January. 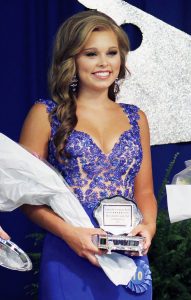 Kassidy Bolin, 18, of Jamestown, was named the first runner-up in the contest. Bolin, the daughter of Barry and Angela Bolin, received $60 cash award and gift.

Judges handed out several other awards for specific categories Monday night. Logan Godbey, the daughter of Tim and Dayna Godbey of Stanford, won the Evening Gown award as she graced the stage in a white-lace, two-piece gown. 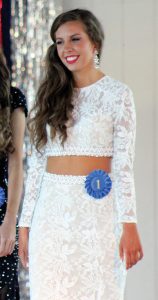 The winner of the Interview Award was Alyssa Jones, 16, of Yosemite. Jones, the daughter of Nick and Mandi Jones, also received the People’s Choice Award. Alexis Faith Kane, 16, of Windsor, received the Best Swimsuit award. Kane, the daughter of Albert and Kim Kane, impressed the judges as she strode across the stage in a navy, one-piece bathing suit.