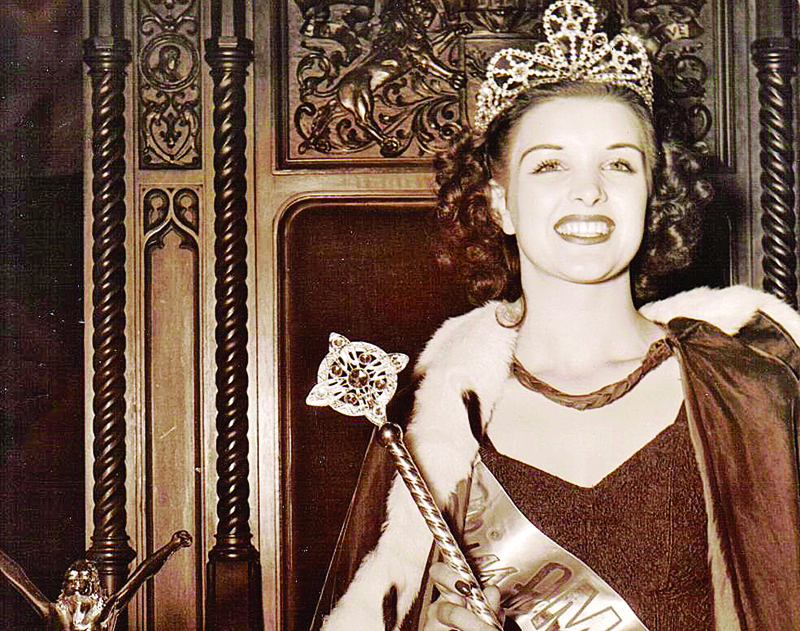 Venus Ramey, whose claim to fame was as the first red-haired Miss America, an activist and one not afraid to use her gun, died Saturday. She was 92.

Ramey, who was born in Ashland, Kentucky, left Kentucky for Washington, D.C., to work for the war effort. It was there that she won the Miss District of Columbia pageant then, in September of 1944, she beat out 35 other contestants to claim the Miss America crown.

The new 1944 Miss America went on to entertain in military service camps, sell war bonds, and tour in Vaudeville. Ramey, who had her likeness painted on the side of U.S. fighter planes, was later honored by the United States Treasury Department with a citation for her work in the War Bond effort.

“During Venus’ reign, Miss America was seen as a political activist for the first time, as Venus worked with Senator Kaper of Kansas and Congressman Somner of Missouri in publishing their bills to gain suffrage for the District of Columbia, as well as other Members of Congress to enact women’s rights legislation,” the Miss America Organization said in a statement released following Ramey’s death. “Venus leaves behind a lasting legacy. Her memory will live on in the hearts of everyone in the Miss America family and all who had the pleasure of knowing her.”

Ramey was wooed by Hollywood in the late 1940’s, but the red-haired beauty found show business was not for her. She decided to return to her Eubank tobacco farm in Lincoln County where she later married and had two sons.

Ramey’s interest in politics resulted in her becoming the first Miss America to run for public office. Ramey, a Democrat, campaigned for a seat in the Kentucky House of Representatives. The former Miss America’s political run in 1951 was covered nationally as she was followed around by LIFE magazine photographers while on the campaign trail. 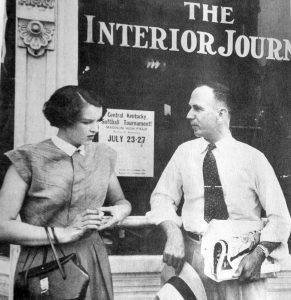 In 1951, LIFE magazine photographers visited Lincoln County to cover the political debut of Venus Ramey, who had been Miss America in 1944. Ramey, a Democrat from Waynesburg, was in a four-person race in the primary for the right to run against Marvin Cornett, right, the sole Republican in the race for the State House of Representatives.

She hit the campaign trail again in the 1970’s. After helping in efforts to save Over-the-Rhine, a neighorhood in Cincinnati, Ohio, and getting it placed on the National Register of Historic Places, she made an unsuccessful bid for a seat on the Cincinnati City Council.

Ramey, who moved back to Eubank in 1990, found herself back in the news in April of 2007 when, at the age of 82, she thwarted a theft on her Lincoln County farm. After hearing a noise while feeding her dogs, she confronted intruders in a storage building where previous thefts of equipment had occurred. She shot out one of the tires on the intruders’ pickup truck with a .38 revolver and, along with the help of two neighbors who called 9-1-1, held them until the sheriff’s department arrived.

She told the The Interior Journal, “I got my gun. They had an SUV backed into place and I said, ‘What are you doing?’ And they said they were ‘scapping.’ I said, ‘This happens to be my equipment’ and they said, ‘If you’ll move your truck, we’ll leave.’ I said, ‘No you won’t,’ and I shot one of their tires.”

When deputies arrived, one of the intruders claimed Ramey tried to shoot him in the leg, but Deputy Danny Gilliam stated, “I think she shot exactly where she intended to shoot.”

The incident drew nationwide attention and landed Ramey a guest spot on The Tonight Show with Jay Leno.

Funeral arrangements for Ramey were incomplete as of Wednesday at Morris & Hislope Funeral Home in Science Hill.