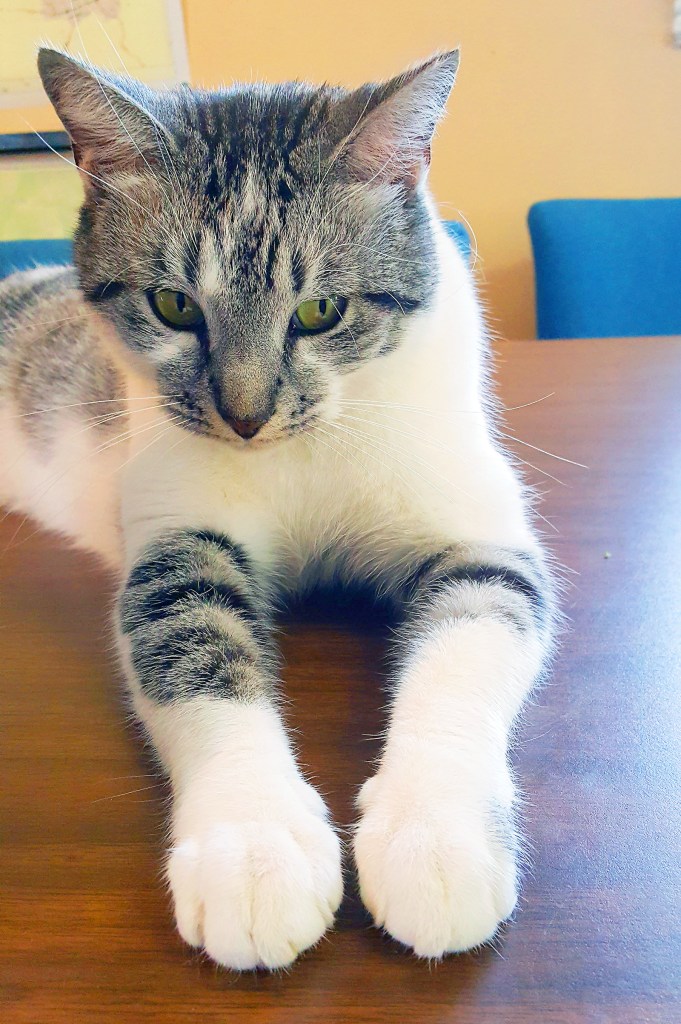 Ralphie is the feline who resides at city hall and was the subject of discussion at the council’s regular May meeting after a council member questioned the city’s liability.

Councilman Cecil Maddox brought up the potential problem for city residents with cat allergies who might need to enter city hall at any time.

Since the concern was raised, the city has posted a sign at city hall instructing anyone who needs assistance to honk to alert the city clerk, who will then come outside and take care of the residents’ needs.

During the May meeting, Maddox said he was told Ralphie bit someone but didn’t say who, prompting councilman Alan Sims to suggest anyone with a complaint to come to the council in person to voice it.

A petition calling to keep Ralphie at city hall circulated and returned 714 signatures of support, according to Mayor David Peyton.

Peyton said a cat was living at city hall during Maddox’s term as mayor to which Maddox replied he was only bringing the concerns of someone who approached him to the council.

Sims said the issue was brought to the council, discussed and resolved.

“I think when you had the cat here in your term, (Mark) Spivey had a cat in his term…it was the same matter,” Sims said. “Whether it’s on the table, floor, counter, the couch, wherever it was, it was the same area. That’s just my opinion.”

Maddox said no one complained while he was mayor.

Jonathan assured the council that the city’s insurance would cover any liability.

“Everything you do has an amount of risk, whether you’re driving a snow plow or driving a work truck or you’re working on a water main or you have a cat,” Baker said. “I think you’re covered through ADA because you’re giving reasonable accomodation to someone who may have allergies.”

Sims made a motion to keep Ralphie at city hall which was seconded by councilman Dudley Hardin.