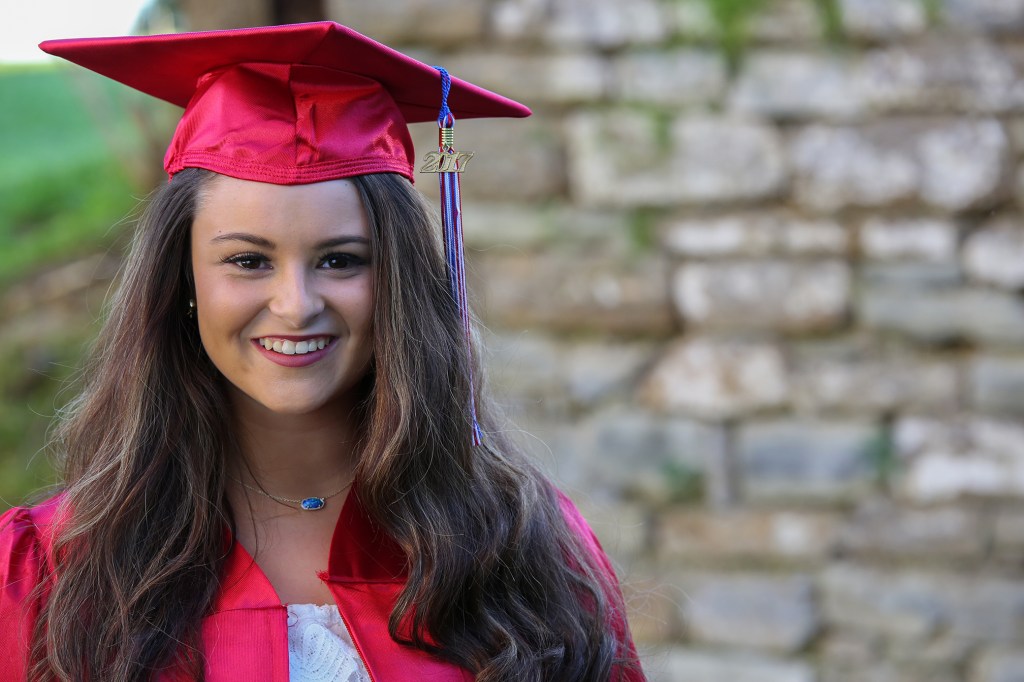 STANFORD – To top off her final week of high school, a local student can add one last feat to her long list of academic accomplishments: She freed some stifled stoles.

This year Taylor-Grace Mingo, 18, went mono a mono with the Lincoln County High School administration, petitioning against a 2015 policy that limited the number of students who could wear stoles during her school’s graduation ceremony.

With help from fellow Governor’s Scholars, some friends and an empathetic advisory council, she won.

“I’m very impressed with Taylor-Grace and how she accomplished what she did,” said Billy Harris, one of the school’s assistant principals. “She went through the right channels to get those things done.”

The policy, which has since been reworked because of Mingo’s efforts, forbade all from wearing honorary stoles around their necks except for students in nationally recognized academic organizations, like the National Honor Society and the National Beta Club.

The administration adopted the policy in response to concerns about students abusing the system, allegedly taking easy classes to boost their grades, circumvent the merit system and gain undue recognition.

Having felt the policy was unfair to a number of exceptional students, Mingo, a Governor’s Scholar and member of Future Business Leaders of America, researched board of education and LCHS policies from the top down, talked to some other schools, met with the school administration and cycled a petition among students.

As a result, Governor’s Scholars, Roger’s Scholars and others can now wear stoles as long as the advisory council determines there is an academic merit to justify such adornments.

Following her May 23 graduation and an eventful summer, Mingo will be attending Western Kentucky University in the fall.

Having been fourth runner-up in the statewide Distinguished Young Woman of Kentucky scholarship contest, Mingo is thinking about participating in the Miss America pageant while in college but has yet to decide for sure. Whatever the case, she plans to compliment her passion for fashion and pageantry with a major in marketing and a minor in fashion merchandising.

“I’m really interested in clothes — anything fashion,” she said. “I love to shop.”

She decided on WKU instead of the University of Kentucky because of the Governor’s Scholars Program — UK increased its minimum ACT score requirement from 28 to 31 for Governor’s Scholars to get full-tuition scholarships, and all the other Lincoln County students in the program decided to go to WKU as well.

She also heard UK has a much tougher program for her major, which made the decision a little easier.

“I’ve always been a good student and I’ve always kept up with my grades,” she said, noting her social life and her ability to participate in Greek culture are just as important to her. “But I don’t want all of my focus to have to be just on my grades because that’s the not-so-much fun part of college.”