“We can continue as a community to be proud that we’re having as much success as we’re having, given given that the competition for expansions and business growth is expanding, so it’s getting more competitive,” said Ben Nelson, chairman of the Danville-Boyle County Economic Development Partnership. “The fact we are as high on the list as we are is testimony that what we are doing is working. But we should never rest on our laurels.”

Micropolitan areas contain an urban core (such as Danville) and have a population between 10,000 and 50,000.

Boyle and Lincoln counties ranked as high as they did because of the number of substantial economic development projects — as determined by Site Selection using specific criteria — undertaken in 2016. There were seven qualifying 2016 projects Site Selection counted, requiring more than $31.6 million in investment and creating an estimated 183 jobs:

EDP President Jody Lassiter said another project from TransNav Technologies includes a $7 million investment and is expected to create 30 jobs, but wasn’t counted for this year’s rankings by Site Selection.

Almost $24 million of the investments and 110 of the jobs created came from Lincoln County projects.

“The ranking is something that the county of Lincoln and the county of Boyle have to be proud of,” said George Leamon, executive director of the Stanford-Lincoln County Industrial Authority. “It’s something where we’ve historically in the past done well. It helps us as we recruit business and industry into our micropolitan area.”

Leamon said he and Lassiter with the Danville-Boyle EDP have been “colleagues, friends and counterparts” for more than two decades and work well together.

Leamon said he feels “very fortunate and very proud” of the ranking and local economic development officials will definitely use the ranking to try to attract more business.

“Our micropolitan area is one of the top in the nation and you should come see why,” he said.

Lassiter is currently on an economic development trip to Japan, where he is meeting with officials from current businesses that operate in Boyle County and promoting Boyle County to prospective businesses. He provided a statement via email:

“The Site Selection state, metro and micro rankings have become the Oscars of economic development over the last few years. Such an achievement objectively recognized by a respected publication brings attention to our community, and our opportunity for business location and growth. Success breeds success.”

Nelson said the high ranking can be beneficial to future development, but it’s also an indicator that “we had a very successful year last year.”

“Rankings in and of themselves don’t necessarily mean as much as what’s behind them,” he said. “It’s great we’re listed; I think what culminated in us getting on that list is what’s important.” 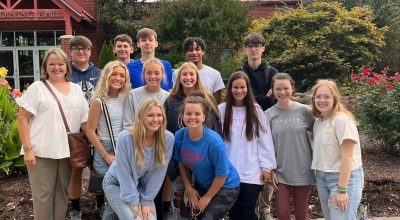