MCKINNEY – One man’s failure to make a complete stop at a stop sign led to his and the passenger’s arrest after deputies stopped the vehicle and allegedly discovered both were under the influence of alcohol with narcotics in the car.

The 2005 Mercury Grand Marquis, driven by 43-year-old Shannon Christian, of Liberty, was stopped by Lincoln County Sheriff’s Deputies Michael Mullins and Colby Reik while on routine patrol in the McKinney area Monday night at about 9 p.m.

Deputies initiated the traffic stop at the intersection of Ky. 198 and Geneva McKinney Road, according to a Feb. 20 press release from the sheriff’s office.

Deputies noticed a strong odor of alcoholic beverage after making contact with Christian, the driver, who allegedly admitted to drinking “a few beers” a few hours prior. Christian was also unsteady on his feet, according to Mullins.

The passenger, 33-year-old Candy Maples, of Stanford, had an open bottle of whiskey between her legs, the release states, and appeared to be under the influence.

Stanford Police Officer Preston Middleton and his K9 Partner Nico were requested to sweep the vehicle for narcotics.

“K9 Nico alerted to several areas of the vehicle,” the release states. “A pill bottle without a label containing pills identified as morphine were found inside the vehicle.”

A clear baggy containing a white powder substance believed to be methamphetamine was also discovered in Maple’s front left pocket.

A field sobriety test determined Christian was impaired, according to deputies.

Christian was charged with operating a motor vehicle under the influence of alcohol and disregarding a stop sign while Maples was charged with alcohol intoxication in a public place and possession of a controlled substance.

Both Christian and Maples were transported and lodged in the Lincoln County Regional Jail. No bond had been set for Christian as of Wednesday morning and Maples had been released, according to jail records. 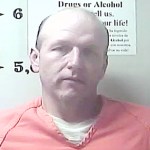 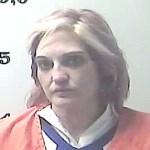