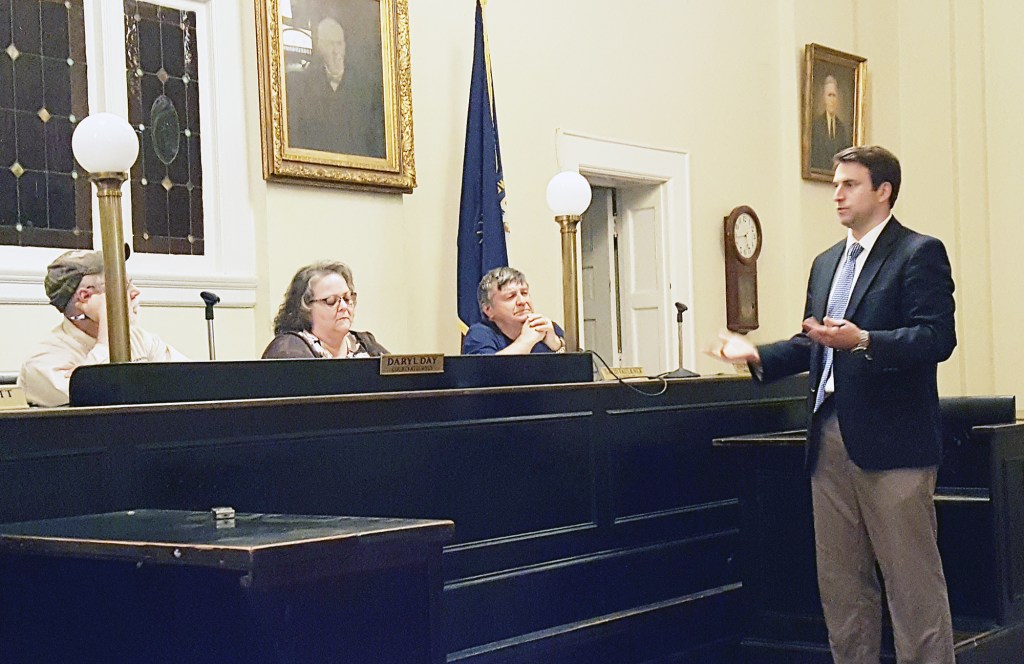 The ambulance board began looking for an attorney to help construct a set of bylaws for the board, as well as to address a local resident’s concerns about the legality of the tax increase passed last year.

Vice Chairman Bob Floro was tasked with finding an attorney to assist with pending and ongoing matters during last month’s meeting and after not hearing back from a Danville attorney, he approached Tucker.

“The KACO (Kentucky Association of Counties) attorney advised me, and asked me to share with the board, that we were now collecting taxes in excess of $1,000,000 a year and we would certainly be well-served to have legal representation here,” Floro said Monday night.

Tucker was introduced during the regular meeting on Feb. 20 and a motion to retain him was unanimously approved.

“Neal and I have already spoken about several issues. One of the issues is the timing and propriety of our tax increase. Another issue is the need for our board to have specific operating rules and bylaws and the third issue would be meeting the requirements of the Open Meetings and Records law,” Floro said.

Also discussed was the requirement for a new contract with a new entity once the new ambulance service is fully consolidated.

Tucker said he lives in Somerset and serves as the Assistant Commonwealth’s Attorney for the 28th Judicial District with the majority of his prosecution cases in Lincoln County.

“I’m proud to represent the board and grateful for the opportunity,” he said.

Board members asked Tucker’s opinion on the legal concerns presented by resident Dennis J. Miller but having just been retained, Tucker said he had only had two days to review so far.

“As far as the tax issue, I think it’s obvious there were some things that weren’t complied with,” he said. “I think we would be prudent to get an opinion from the attorney general. Simply issue a request saying ‘here’s what happened, here’s what the potential litigation claims could be, where do we stand? and essentially get an opinion.”

Tucker said there is potential for litigation either way but he believes asking the Attorney General for an opinion could help minimize the board’s risk.

Board member Ted Defosset agreed a solid opinion from Frankfort would be helpful in responding to Miller, as well as the public overall.

The board voted unanimously to take no further action regarding the recision or repayment of the ambulance tax increase originally passed on Aug. 11 last year and to seek a final ruling from the attorney general regarding the decision.

In other business, the board:
• Heard from Shelton that he attempted to speak with board member Larry Yantz, who has been consecutively absent from meetings. Shelton said he will speak with Yantz before the next meeting.
• Floro requested monthly financials of each ambulance service be given to board members.
• Scheduled a special-called budget meeting for Monday, March 13 at 7 p.m. at the courthouse. The next regular meeting is March 20 at 7 p.m.