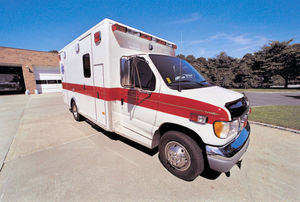 A two-year-old Lincoln County boy is in the hospital after being bitten by a relative’s dog last Wednesday.

According to Lincoln County Sheriff Curt Folger, the biting occurred about 4 p.m. on Wednesday afternoon at the home of Richard Asberry and Joann Cooper in Stanford.

The two are the owners of the dog, he said, which “favored” a pit bull, although Folger couldn’t confirm the breed.

The dog is now quarantined and under observation at the Lincoln County Animal Shelter, Folger said. It is customary in these situations, he said, for the dog to be observed for 10 days, in case it show signs of rabies.

No charges will arise in the case, Folger said, because it happened within a family’s home. He was simply called by the hospital to make sure the dog was being observed.