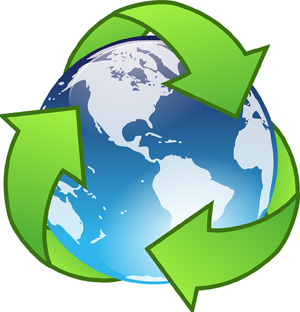 STANFORD – Grants have been awarded to many counties across the state to help clean up illegal dump sites and the Garrard/Lincoln Solid Waste Management area is one of several recipients.

In a Jan. 9 press release, Energy and Environment Secretary Charles Snavely announced approximately $1.06 million in grant funding has been awarded for the cleanup of 112 illegal dumps in 25 counties across the Commonwealth.

“Illegal dumping affects safety, property values and quality of life across the commonwealth,” Sec. Snavely said. “This grant program is a great way to assist counties in improving their local communities.”

The Garrard/Lincoln Solid Waste Management Area applied for the additional funding and received a total of $14,697.60 to help clean up a dump site in Garrard County.

Brad Smith, who was named solid waste coordinator in June 2016, said since taking the position he has been working diligently to merge hours of operation and services for both Lincoln and Garrard counties under one umbrella of solid waste management.

“We’ve done a good job slowly implementing this,” Smith said in an email last week. “I’ve got a great crew (of) workers right now and a great relationship with the Lincoln County Jail.”

Without the help of inmate labor, Smith said the program would not make it.

“We’ve also looked for ways to save money for the program because the value of the recycled material is really poor right now,” he said. “That’s why we’ve removed a couple of the green trailers. We are receiving a lot of household trash, tires and dead animals in them.”

Smith said it’s too costly to clean up so some changes have been made and while they do not affect the program’s coverage ability, it might not be as convenient now.

As far as illegal dump sites, Smith said the Garrard/Lincoln Solid Waste Management investigates any illegal dumps that are reported and asks property owners to clean them up.

“In some situations, where the owner isn’t responsible, there are grants to aid with clean up,” Smith said. “This was one of those situations. The previous coordinator started the clean up.”

Additional funding was needed to complete the project and thats where the recent grand funding comes into play, Smith said.

Smith was asked to provide information that might be helpful to know before recycling:
• The recycling centers and drop off points are not taking glass right now – it is too costly to recycle.
• Things they are taking includes: #1 and #2 plastic, milk jugs, steel cans, aluminum cans, newspapers, magazines, office paper and cardboard.
• It is helpful if lids from plastic bottles and containers are removed.
• Please do not put household trash in recycling bins. This costs time and money.
• For questions about the program or any services, you may contact Solid Waste Coordinator Brad Smith directly at 859-304-2006 or garrardlincolnsolidwaste@gmail.com.