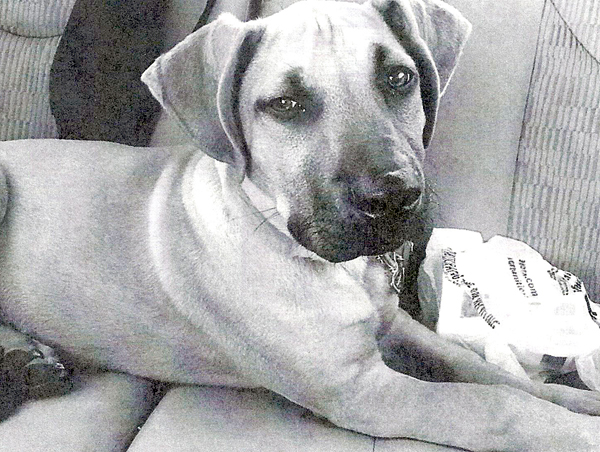 WAYNESBURG – A Lincoln County man is offering a reward for a dog he and his friends say was stolen from his residence the day after Christmas.

Lisa Chapman, a friend of the dog’s owner Colby Cash, said the dog and other belongings were stolen from Cash’s residence on Rector Road on Dec. 26.

Now, a $200 reward is being offered to anyone who returns the dog to it’s rightful owner – no questions asked.

The six-month-old Labrador and Pitbull mix is named Winston. Winston is fawn colored with a black muzzle, Chapman said.

“It’s a good friend of mine’s and he was out for Christmas and in a matter of two hours the dog was gone and items out of the garage were also gone,” Chapman said. “So they were robbed and the dog was taken.”