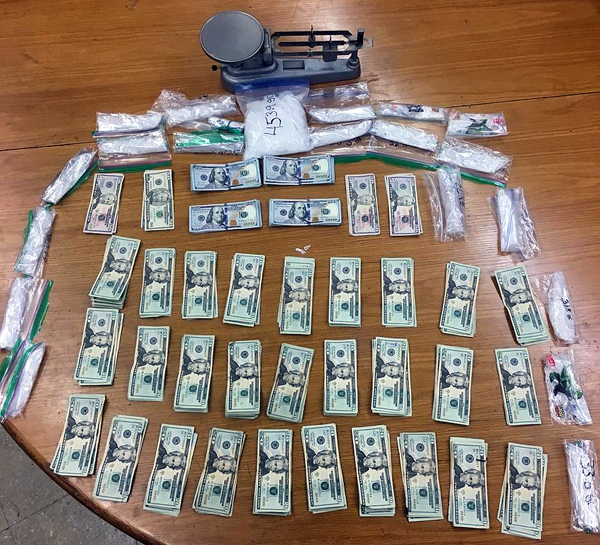 Photo courtesy of Lincoln County Sheriff's Office A narcotics investigation led to the discovery of over two pounds of crystal methamphetamine Monday night. 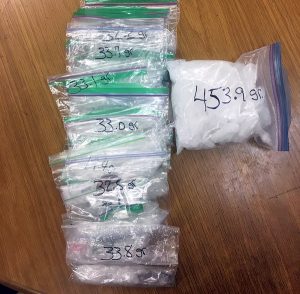 HUSTONVILLE – A narcotics investigation led to the discovery of more than two pounds of crystal methamphetamine and several thousands of dollars in cash, according to the Lincoln County Sheriff’s Office.

The investigation led deputies to 299 Maxey Valley Road, the residence of Welby O’Dell Mullins Jr. A search warrant was executed at the home on Jan. 3 at about 9:20 p.m., according to Sheriff’s Deputy Chase Marcum.

“(It was) in the laundry room area concealed between the dryer and a hot water heater,” Marcum said. “It was concealed in a travel toiletry bag.”

Marcum said part of the crystal methamphetamine was found in the toiletry bag and was packaged for individual sale while another block-like portion was found concealed in a navy blue towel.

“In the kitchen area we found $1,000 in $20’s and next to that money were some large digital scales, consistent with drug trafficking,” he said.

In the bedroom, Marcum said several small, clear, plastic baggies were found, as well as another $6,000 inside a safe.

Mullins was not at the residence at the time the search warrant was executed, Marcum said, but a warrant for his arrest has been issued.

“He is still at large and wanted,” Marcum said. “He is already on federal probation/parole for trafficking in cocaine in the early 1990’s.”

According to Marcum, Mullins had just been released in July after serving 20 years in federal prison on those charges.

“He has eight years left to serve of federal time,” he said. “I’ve been in contact with them and he’s more than likely going to have a federal warrant out on him too.”