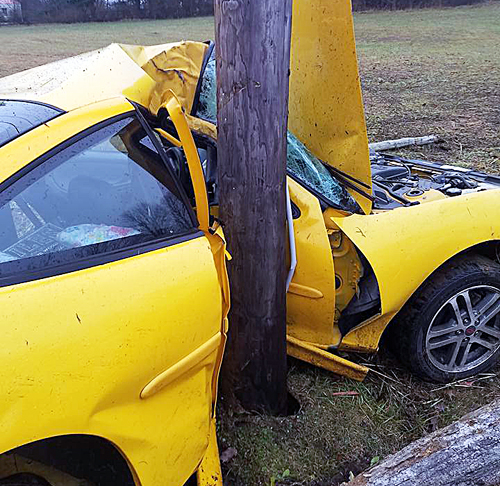 It was about 8:05 a.m. on Jan. 1 when emergency responders were dispatched to Lancaster Street in Crab Orchard for a single vehicle collision.

According to a press release from Lincoln County Sheriff’s Deputy Michael Mullins, a 2002 Chevrolet operated by 22-year-old Timothy Shelton, of Stanford, was traveling northbound on Lancaster Street when he lost control of the vehicle.

Shelton’s car left the roadway and traveled approximately 25 to 30 feet before hitting a utility pole on the passenger side.

The passenger, identified as 31-year-old Megan Lee, of Stanford, was transported by East End EMS to Fort Logan Hospital in Stanford before being transferred to University of Kentucky Medical Center, according to the press release.

Shelton was treated by East End EMS on scene and released. He was also cited for having no registration plates/receipt.

The extent of Lee’s injuries are unknown at this time.