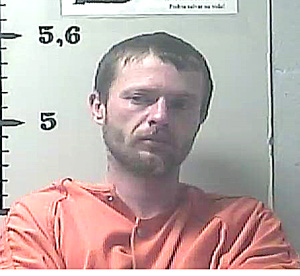 STANFORD – Kentucky State Police are investigating cases involving two stolen vehicles that were recovered in Lincoln County on Thursday, one of which resulted in an arrest.

The first of the two vehicles recovered on Dec. 29 was a Ford reported stolen out of Elizabethtown the previous day, according to a press release from the KSP Public Affairs Office.

The Ford was spotted parked at a business after hours by Commercial Vehicle Enforcement Officer Matt Hutti as he was patrolling on Ky. Hwy. 78 early Thursday morning.

The release did not specify whether the vehicle sustained any damages but said it was impounded and the owner was notified of the recovery.
No arrests have been made in connection with the vehicle at this time, according to KSP.

Later that day, Hutti was informed of a male subject reportedly operating a stolen Chevrolet pickup truck in Stanford.

The stolen truck was located in a driveway at 146 Gentry Drive but the owners of the property said they did not own it and had no knowledge of the vehicle.

Hutti then traveled to a second location on Gentry Drive, based on information he received earlier that day, where he found 35-year-old Jerry W. Carrier.

The man was arrested shortly after when the stolen vehicle keys were found in his front pocket during a search.

Carrier has been charged with receiving stolen property (under $10,000) and was served with two arrest warrants, according to KSP.

The stolen truck was impounded and the owner notified of the recovery.
Hutti is overseeing the investigation of both cases at this time.

Carrier remains lodged in the Lincoln County Regional Jail. His bond has been set at $15,380.

One year in, Safe Communities Coalition closing in on…