One year in, Safe Communities Coalition closing in on certification 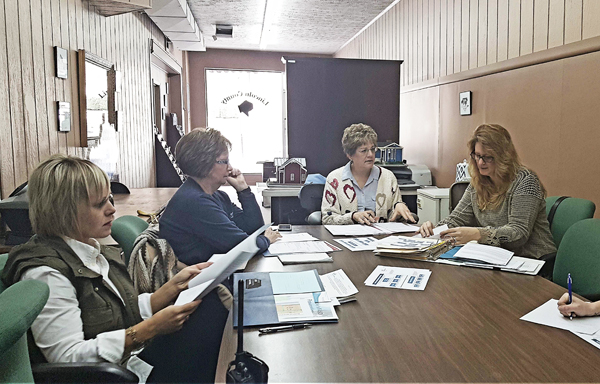 It’s been a little over a year since planning by the Safe Communities Coalition of Central Kentucky started, and in a few months the committee plans to complete its application to become a certified safe community.

“Some incredible projects have come out of this,” said Stephanie Blevins, director of the Heart of Kentucky United Way, which is the lead agency for the coalition.
The committee, which encompasses Boyle, Garrard, Lincoln and Mercer counties, oversees task forces in the respective counties.

Lincoln County was the first task force to form. Since doing so, one of the biggest things they’ve accomplished was to raise funds to pay for a drug interdiction K9, and to pay for the dog’s upkeep, Blevins said.

Lincoln has also raised more than $800 for equipment for first responders, and launched the Yellow Dot program and the WHALE program in the counties, focused on safety in vehicles.

Boyle County was able to become a certified Storm Ready Community, thanks in part to the connections through the task force, Blevins said.

The task force in Boyle County has also done a “wonderful job on mapping what we are working on,” she said.
“It has brought leaders together to make them more knowledgable and to help them expand,” she said.

In Boyle County, the focus has been on pedestrian safety — not necessarily installing lights, but in joining forces with those trying to make change, serving as letter writers and being willing to spread the word, Blevins said.

Mercer County’s task force has done a lot internally, working with the James B. Haggin Memorial Hospital. It has plans to begin reaching more into the community, Blevins said.

Garrard County’s task force is still in the early stages of forming, she said.

The Heart of Kentucky United Way focuses on the same four counties that are part of the coalition, which makes it a “natural fit” to serve as the lead agency, Blevins said.
“Nothing makes me happier than when people come together and work together on a common cause,” she said.

“We have a number of retired individuals with a passion for this,” Blevins said. “It’s a wonderful diverse group.”

Members of the coaltion are currently assembling and compiling data that must be submitted as part of the application process, Blevins said.

“It’s a collaborative effort,” she said.

“In other places, it has impacted workforce development,” she said. Other communities that have gone through the process have seen workplace injuries decline, among other benefits, she said.

It’s important, she said, to remember that it’s not just the counties that matter individually, but the community as a whole. What happens in Boyle County can influence those in Lincoln County, or in Mercer County, and vice versa, she said.

Future goals of the Safe Communities Coalition of Central Kentucky include working more with those in poverty and examining how poverty impacts things such as workplace injuries and emergency room use.

“We are meeting people at their need, where they are,” Blevins said.