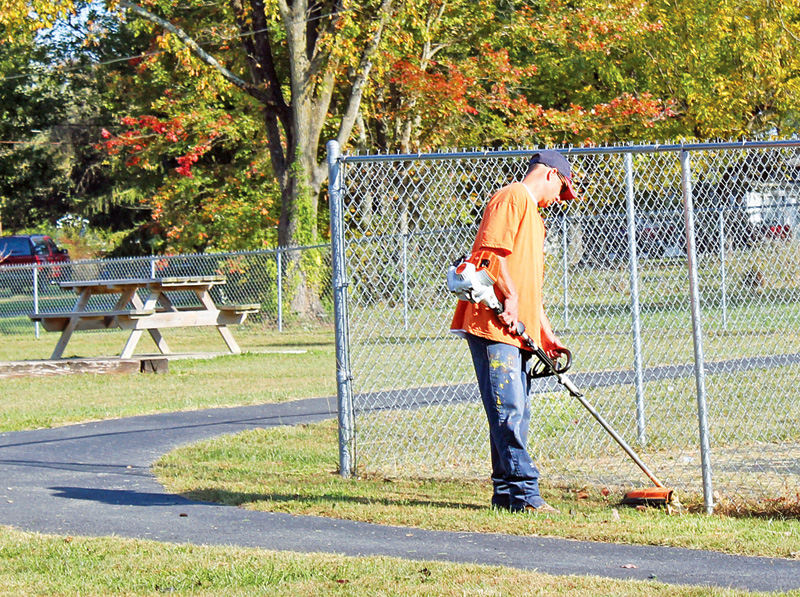 STANFORD – Garrard County will have to find a new home for their inmates now that the Lincoln County fiscal court has voted to terminate the jail contract in light of allegations made by Garrard County officials.
It’s an “amicable split” according to Lincoln Judge-Executive Jim Adams, despite allegations made by Garrard County Judge-Executive John Wilson that the Lincoln County Regional Jail potentially violated some inmates’ constitutional rights by not permitting them to participate in the inmate work program and lengthening their sentences.
In the Nov. 23 edition of The Central Record, Ted Cox reported there was a lengthy executive session held by the Garrard County Fiscal Court regarding it’s relationship with the LCRJ.
The session was held to discuss proposed litigation after the discovery of billing errors and a belief that Garrard inmates may have had their constitutional rights infringed upon, Cox reported.

Billing discrepancies
According to Wilson, Garrard spent $25,000 per month for the jail bill last year and budgeted $33,000 per month this year but is spending $50,000. Wilson was quoted saying, “We are going to be over budgeted on this jail expense by about $300,000, it looks like. That is out of a $400,000 budget.”
Garrard County is charged $31.34 per day per inmate and according to data provided by Judge-Executive Adams, the annual cost for Lincoln inmates has been higher than Garrard inmates some years.
That was the case during fiscal year 2010-11, in which the daily cost for a Lincoln County inmate was $39.80. The numbers pulled from the jailer’s quarterly reports also show the daily cost for a Lincoln inmate in 2013-14 was $36.59.
“I don’t know how much oversight Garrard County has had in the past but I’m sure they’re going to have more now and that’s something that needed to be done on their part,” Adams said. “All the self audits that we’ve done, there have been some billing discrepancies, plus and minus. At the end of the day, there is going to be very little difference if you correct all of the billing mistakes.”
Judge-Executive Wilson said this isn’t a budgeting issue.
“We understand that the inmate population has gone up, it’s gone up all around the state. That’s not the issue here. The issue is when we’re billed for, on average, about 25 days a month that we shouldn’t have been billed for,” he said.
The origin of the discrepancies were found in the jail’s booking process, specifically when Garrard County law enforcement booked inmates for warrants or charges in other counties but charged Garrard for them.
“We’re billed for people that are Garrard County inmates and released on charges but held in Lincoln County longer for another county’s charges. That’s not in the contract,” Wilson said. “I don’t think that was an intentional thing because then we had inmates we were not billed for that were ours. Basically, the sloppy bookkeeping that’s been done at that jail really is frustrating and I think someone should take a look at that because that’s not disputable.”
Lincoln Jailer Rob Wilson said while it’s not in the contract, based on his research, the process in question dates back several years and originated under a different jailer.
“So it’s been an ongoing thing for seven years, it hasn’t just occurred,” he said.
Rob Wilson was sworn into office Jan. 1 of last year and the contract between the two entities has been in place for about 32 years.
“We did find errors in our booking process and they were corrected as part of our plan of action which their guy (Tim Scott) put in his report,” he said, adding that discrepancies in billing were found on both ends and basically evened out between the two counties.
Scott was sent to LCRJ to do a physical audit of records and according to documentation provided by LCRJ, a report detailing the findings was sent to Judge-Executive Wilson on Oct. 31.
The report was based on an audit of records for the months of January, February and August of this year.
“The audit of these three months shows error also in favor of Lincoln which basically zeros out the discrepancies,” Scott wrote in his report. “Lincoln will begin submitting all paperwork and records detailing each inmate’s origin to Garrard with the monthly invoicing to eliminate billing error.”
Judge-Executive Wilson said Scott was turned away by the jailer when he visited to review records but Rob Wilson said that was only after Garrard County announced it was seeking cause for legal action against the jail.

Problems with
work program
The LCRJ inmate work program gives some inmates an opportunity to shorten their time in jail but Judge-Executive Wilson alleges Garrard County inmates have not been permitted to work and therefore serve longer sentences.
“I think there’s a potential for violating someone’s constitutional rights when you’re keeping someone in jail longer or you’re applying a different standard where it results in a longer incarceration just because of the county that they come from,” he said. “What happens is you have a system in place, that he’s (Rob Wilson) admitted to, where citizens of Garrard County have been systematically held in prison longer than people from Lincoln County and I think that’s just a fundamental human rights violation.”
Jailer Wilson said if Garrard County wants their inmates to work, it’s Garrard County’s responsibility to make that happen.
“Working in jail is a privilege, not a right,” he said. “They expect us to work their inmates and get them off the Garrard County dime while our inmates sit and Lincoln County taxpayers pay for it and that’s just never going to happen. This is the Lincoln County jail, not the Garrard County jail. Garrard County inmates will never take precedent over Lincoln County inmates.”
According to the jailer, he and his staff have contacted Garrard County more than once and offered to train their deputies so they could transport and work Garrard County inmates but said no one ever followed-up on the offers.
“I had to do it for Crab Orchard, I had to do it for Hustonville, the recycle, everyone who works an inmate has to go through that training and they didn’t want to send anybody,” he said.
Judge-Executive Wilson said there has been some cooperation working Garrard inmates when it comes to the solid waste department operated by both Lincoln and Garrard County but it has been understaffed for the last two years.
“We already have a trained person and sometimes we’ll go down there and they’ll just provide one inmate and say ‘well, nobody else is available,’” he said. “There are inmates that we use to staff that (solid waste) program, the problem is, traditionally, over the last two years, there have not been enough inmates to adequately run the program through the policies that the jailer has instituted.”
As far as Garrard cases lingering too long before being tried, Lincoln’s jailer said that falls on the court system, not the jail.
“I cannot keep an inmate any longer than a judge sentences them,” he said. “The jail does not sentence anyone to jail time. The reason they stayed in jail is because Garrard County refused to come get their inmates and work them. If it cost them money, it’s because they refused to work their inmates.”
Nothing in the contract or state law requires LCRJ to work Garrard County inmates, he said.
“That’s their obligation, not mine,” he said.
Judge-Executive Adams expressed a similar opinion saying, “It really wouldn’t be fair to the Lincoln County taxpayers, which is who we represent.”
Both Lincoln and Garrard judge-executives agree that the two counties have worked well together in the past and continue to jointly operate the Bluegrass 911 Center, Logan Hubble Park and other programs without any issues.
With the jail’s constant issue of overcrowding, Adams said the fiscal court decided it would be best to part ways with Garrard inmates.
“This is an amicable termination. We just felt like there is always going to be concern on Garrard County’s part and it’d probably be better if we handle mostly state prisoners anyway,” Adams said. “We’ll be very understanding as far as them getting their prisoners moved because they’re going to have a hard time finding a place to take them because of overcrowding so we’re going to be very understanding.”
Judge-Executive Wilson said the Garrard County Fiscal Court has authorized the county attorney to bring a lawsuit against the jail regarding the issue and the court has determined a new place to house their inmates. Wilson said he could not elaborate on the new location.