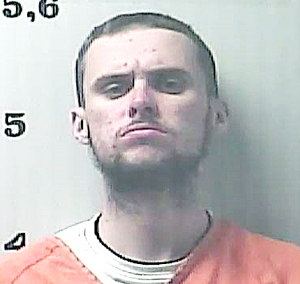 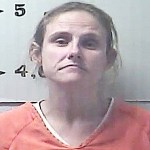 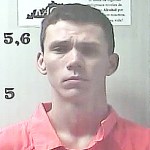 Michael R. Torres III, 20, of 185 Lee Banks Road in Stanford, was arrested on E. Main Street at about 10:40 p.m. by Lincoln County Sheriff’s Sgt. Ryan Kirkpatrick and charged with first-degree, first offense possession of a controlled substance (methamphetamine) and third-degree unlawful transaction with a minor.

An arrest citation states that Kirkpatrick conducted a traffic stop on a gray, 2006 Mitsubishi Eclipse driven by Torres. A search of the vehicle turned up a clear plastic baggie containing a “clear/whitish colored crystal-like substance” which field tested positive for crystal methamphetamine.

Also in the vehicle were two passengers – Jennifer Ray, 37, and Logan Carman, 20, both of Stanford – in the back seat who appeared to be under the influence, according to the citation.

A 15-year-old female was in the front passenger seat.

Ray and Carman were arrested by Sheriff’s Deputy Chase Marcum and charged with first-degree, first offense possession of a controlled substance (methamphetamine), public intoxication (controlled substance) and third-degree unlawful transaction with a minor.