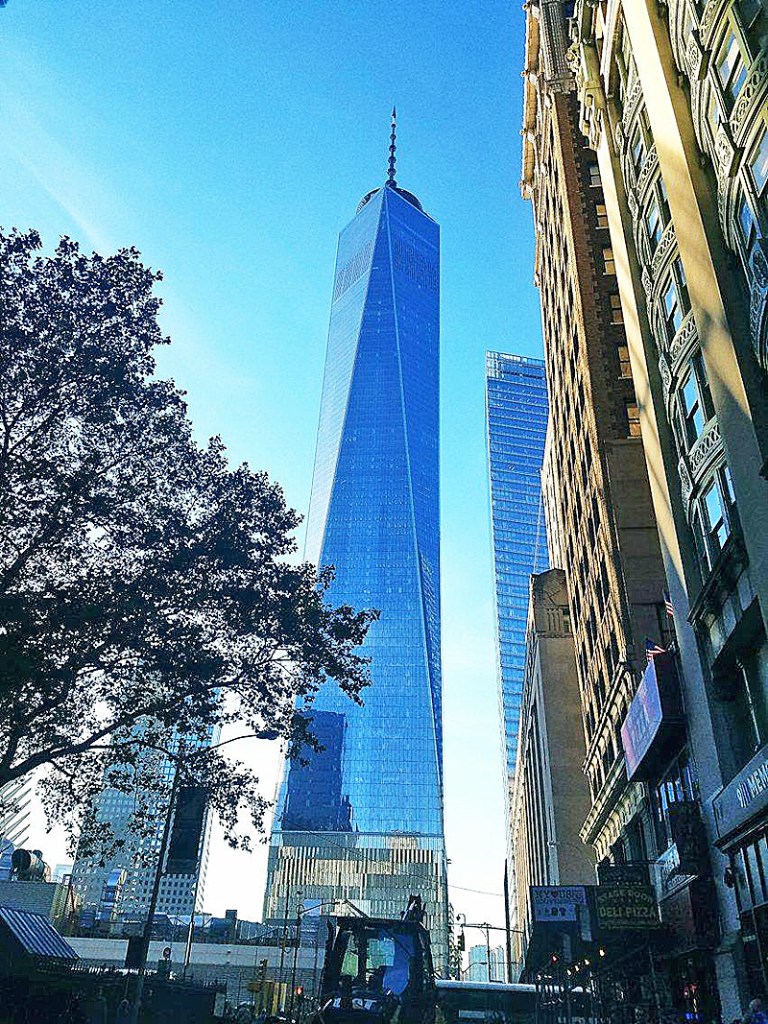 Photo submitted Ryan Hilbert of Moreland had a chance to travel to New York City Oct. 17 for a three day work trip. Hilbert works with National Office Furniture and was sent to NYC to do some upholstery repairs.

While on his trip, Ryan Hilbert said he had the opportunity to visit Times Square, upper New York, Lower Manhattan, the Statue of Liberty, the 9/11 Memorial and the Freedom Tower. Out of the experience, visiting the 9/11 Memorial had the biggest impact on Hilbert, he said.

“New York City is such a gigantic city and there’s so many people, shoulder to shoulder,” Hilbert said. “But when you get to the memorial it’s like all you hear is silence. There’s nobody talking. You get teary eyed when you go there.”

Hilbert enlisted in the Kentucky Army National Guard Sept. 21, 2011. Up until last week, he has been a part of the 103rd Unit out of Danville but he said he will now be switching units. He said his decision to enlist was made as a family tradition since his family history in the military dates back to the Civil War.

What really made him want to join the military though, he said, was the memory of 9/11 attacks 10 years prior.

At that time in 2001, Hilbert said he was in elementary school ‘playing sick’ in the nurses office. In the office was a TV where Hilbert watched the news coverage of the attacks.

“I was too young to know it was a terrorist attack but everybody explained it to me,” Hilbert said. “I was mad and aggravated. I just had so many questions as to why people would do that and why it happened.”

Hilbert said after visiting the memorial and other spots in NYC, he recalled the memory of the terroristic attack and how America came together as a nation.

“With everything going on in America now, as far as the elections and people fighting and bickering – I know it’s kind of bad to say it – but people should live like it’s 9/11,” Hilbert said. “That’s when everybody come together and everybody felt American.”

Hilbert said most people have forgotten how blessed they are to be Americans. He hopes people can think about how life was when 9/11 happened and can “reconnect like we did that day.”

“It didn’t matter what color you were, what nationality you were, everybody was American that day,” Hilbert said. “I think that’s the way that everybody should live now.”

After coming back from his trip and talking to his friends in the Guard, he noticed he was the first one from his unit to travel to NYC. Having never traveled that far from the little town of Moreland, Hilbert said visiting NYC was like “viewing a different walk of life.