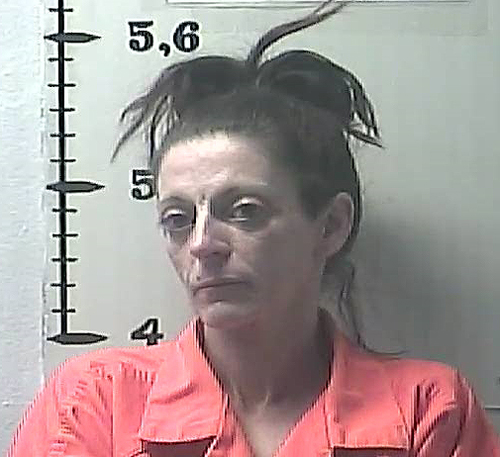 STANFORD – A woman with an active Boyle County indictment warrant for drug charges was arrested in Lincoln County but not before she allegedly slipped out of handcuffs and attempted to escape custody.

According to Marcum, Caruso was also wanted on an indictment warrant out of Boyle County related to charges of first-degree, possession of a controlled substance (methamphetamine) and possession of drug paraphernalia.

Marcum was patrolling on Spears Lane at about 1:30 a.m. when he got behind Caruso and she pulled into a driveway and turned off the vehicle.

While deputies searched the vehicle, Caruso allegedly slipped out of her handcuffs and attempted to escape custody but was stopped and placed back into custody.

Caruso was transported to Fort Logan Hospital for examination but sustained no injuries during the arrest, Marcum said.