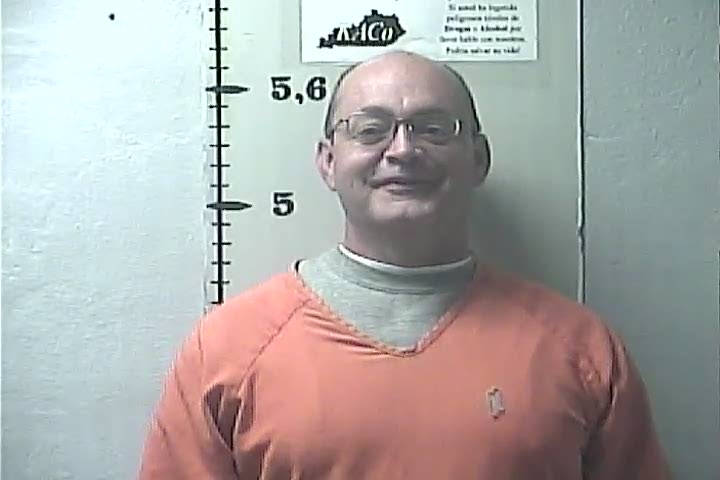 HUSTONVILLE – A man has been arrested and charged with retaliating against an informant after allegedly making an informant’s statement and identity public on social media.
Jeffrey Miller, 44, was arrested Oct. 28 and charged with retaliating against a participant in the legal process. Miller was lodged in the Lincoln County Regional Jail and a cash bond of $2,500 was set but Miller had been released as of Oct. 29, according to jail records.
Hustonville Police Chief Fred McCoy said Miller was first arrested on drug-trafficking charges last year after selling crystal methamphetamine to an informant.
McCoy said Miller was sentenced to three years supervised release and the charges of first-degree trafficking in a controlled substance (methamphetamine) and trafficking in a controlled substance within 1,000 feet of a school were discharged.
Now, McCoy said Miller may be serving that time after all.
“When I first arrested him, he got out of jail a couple weeks later and texted her and said ‘you’re going to come up missing just like Linda Price,’” McCoy said.
Price, 32, was last seen in June in Junction City before she disappeared.
McCoy notified Kentucky State Police of the alleged threats via text message but nothing came of the charge of intimidating a witness, he said.
When Miller posted the informant’s statement, McCoy said it was in retaliation.  “The defendant unlawfully posted on Facebook a C.I. statement and copy of a check that was part of a case that the defendant was charged and pled to,” the criminal complaint states.
Miller’s former defense attorney Sarah Bryant said it’s normal practice to share copies of court files with a client.
“Whenever they’re indicted I get what’s called the discovery, which is all the information that the Commonwealth intends to use against them at trial, and I always give my clients a copy of that,” Bryant said.
Bryant said while the information tends to get out most of the time, she has never had a client post information like this on social media.
“I’ve never had anyone post on Facebook,” Bryant said. “Usually on these cases, if it’s not written out in the discovery, clients usually figure out from the videos who the informant is and it usually gets out. I haven’t had anybody do it as publicly as Mr. Miller.”
Had Miller not taken a plea bargain, Bryant said the information he posted would have been made public during the trial.
“If you ever go on Topix, you’ll see ‘Jane Doe is a rat’ or they’ll post that kind of stuff on the internet and it gets around so much that if those informants go to jail they have to be in protective custody because everyone knows that they’ve worked with the police before,” she said.
Bryant said she has not been informed of Miller making any threats, just that he has revealed the information, which isn’t a crime.
“If he makes a threat, of course it is,” she explained. “But just posting ‘this is who busted me’ that’s not a violation.”
McCoy said the posting of the informant’s information was just that.  The Oct. 26 criminal complaint states “The defendant’s actions have no reason other than to retaliate against the C.I. and put the C.I. in great danger.”
This week, McCoy said he was told copies of the statement had been printed out and scattered across the Stanford Walmart parking lot.
“Somebody made copies of them and threw them out of their car so people can find them,” he said. McCoy said Miller has since removed the Facebook post but a few others have shared it. The police chief posted his own statement on Facebook after many local residents sent him messages. “I have seen the post and obtained warrants for the subject. We will now allow him the opportunity to explain his actions in court.”

Hustonville woman killed in wreck along U.S. 27 in…