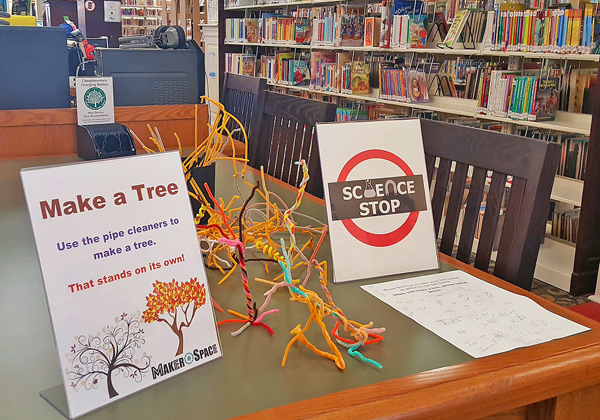 Photo by Abigail Whitehouse A new “Science Stop” at the Lincoln County Public Library invites community members to come in and create something with the materials and space available. The Science Stop activities will change on a monthly basis.