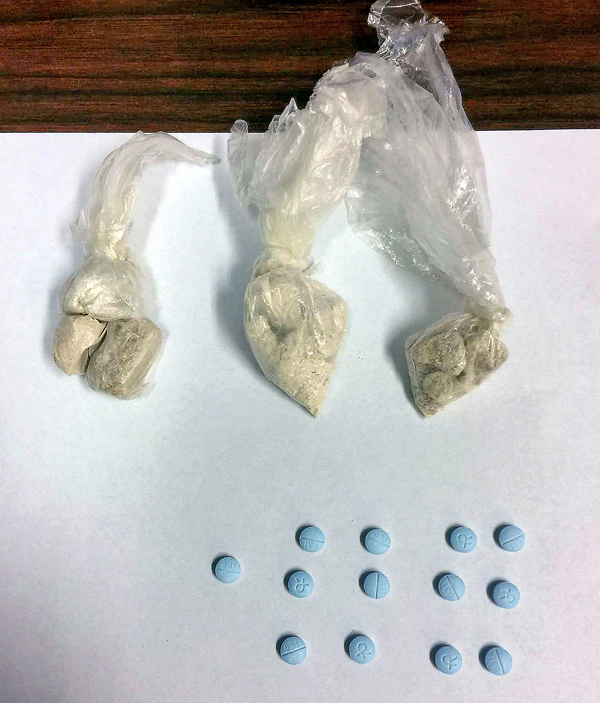 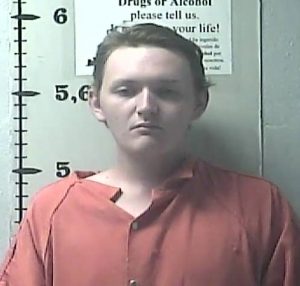 Jailer says business owner who called police saved man’s life
STANFORD – A Lincoln County man is facing additional charges after more than 22 grams of heroin and some xanax pills were found concealed in his body while he was being booked into the Lincoln County Regional Jail last week.
Harley W. West, 22, of William Whitley Road in Crab Orchard, was first arrested by Stanford Police Officer Johnny Williams Sept. 29 when the owner of a local tattoo business called to report a male subject who had come in to get a tattoo and was nodding off while filling out paperwork, according to the arrest citation.
Police arrived on Miller Street in response to the call where they found West sitting on the steps of a nearby business after the tattoo shop owner had asked him to leave.
West was allegedly “nodding off as he was pretending to talk on the phone” when police arrived, according to the citation, and he was “very unstable on his feet and had slurred speech.”
When officers approached West, they said he attempted to get up and walk away but was unable to move fast. He was placed under arrest for unrelated warrants out of Lincoln County.
Police said there was a counterfeit $20 bill among the cash found on West, as well as a small plastic baggie with white powdery substance in the corner, which he allegedly told police was powder from a xanax tablet.
West was then transported to the Lincoln County Regional Jail and charged with public intoxication (controlled substance), third-degree possession of a controlled substance and third-degree possession of a forged instrument.
It wasn’t until West was searched by jail staff that a little more than 22 grams of suspected heroin and 13 xanax pills were found concealed inside his body, according to Lincoln County Jailer Rob Wilson.
As they continued to process West, Wilson said the man, who allegedly admitted to “smoking a joint and taking a xanax appeared to be increasingly impaired.
“He was starting to seem more and more out of it,” Wilson said. “I got home and got to thinking about it so I called down to my shift commander and said (with) the combination of heroin and xanax, take him to the hospital and get him cleared. They took him to the hospital and within about 30 minutes they had to use Narcan on him.”
If it hadn’t been for the tattoo shop owner, Wilson said West might not have survived the night.
“That shop owner actually saved this kid’s life,” WIlson said. “If he had walked off, or just sat outside, he’d have probably died right there on the steps. Had he not called and that kid had just wandered off and laid down somewhere, they would’ve found him dead.”
Wilson said when he got home and started thinking about it, with the heroin and xanax that was found concealed in West’s body and the possibility that he had previously ingested one or both of the substances, he decided West was at risk and told his employee to take West to the hospital.
“Coming off xanax or coming off of heroin, either one, is dangerous,” Wilson said. “When you start combining the two…he got lucky.”
Wilson said the 22 grams of suspected heroin found was probably the most heroin seized in the county in a while. In May, The Interior Journal reported Stanford Police had seized about 27 grams of heroin, among several other illicit drugs, from a residence on Harris Avenue.
Had West been successful in smuggling the substances into the jail, Wilson said it could have been a disaster – a potentially fatal disaster.
“If it had gotten in here it would have been an absolute nightmare,” he said.
Wilson said the street-value of the substances seized – which will be sent to Frankfort to be tested – are likely worth about $2,500 to $3,000.
West was treated and transported back to the jail where he now faces an additional charge of first-degree promoting contraband.