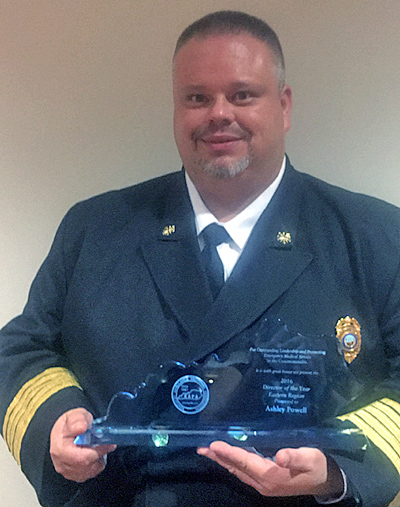 Lincoln County EMS Director Ashley Powell was recognized as the 2016 Kentucky Ambulance Providers Association (KAPA) Emergency Medical Service Director of the Year for the eastern region of the state last week during an annual conference.

Powell was one of several recognized during the Kentucky EMS Conference and Exposition in Lexington last week. Powell was named Director of the Year for the eastern region for his outstanding leadership and promoting emergency medical service to the Commonwealth. Two awards were presented statewide – east and west.

To receive the Director of the Year award, EMS directors are nominated by their EMS peers and their names are sent to the KAPA awards committee, who chooses the winners.