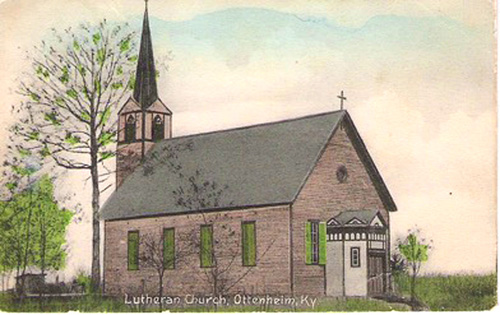 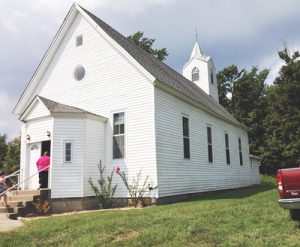 Editor’s note: Information for this article was provided by Jerry and Susanne Zwahlen and the Lincoln County Historical Society.

OTTENHEIM — A beautiful white frame church has stood in this small historical community in southern Lincoln County for more than 129 years.

It is the second building to house the Lutheran congregation after the first German and Swiss immigrants came to Lincoln County in 1884.

The first worship place, a wooden structure, became too small for the congregation and was replaced by the current structure. The original sanctuary was used for more than 50 years as German parochial school with the serving pastor as teacher.

The first service was recorded Nov. 2, 1884, as written in the German Bible presented to the congregation by the Rev. W. Berkemeier.

Immanuel Lutheran Church was established in 1887 by a group of German-Swiss settlers who immigrated in the late 1800s to Lincoln County, under the leadership of the Rev. W. Berkemeier, a Lutheran pastor of New York who came here to help start the new church.

The current structure was built by Karl Papenhagen, a German immigrant, and was dedicated Sept. 18, 1887. He completed the exterior in 1889.

Due to the lack of funds, the interior was not completed until much later when Fredrick Beyer obtained the shiplap siding to panel the walls.

The interior contains an intricately carved alter and pulpit made by Papenhagen in a barn about a mile from the church and moved it to the church by an ox-drawn wagon.

Original wooden pews and an ornate chandelier also are in the church. More seating is located in a mezzanine.

In 1983, the church underwent extensive remodeling.

Once a thriving worship place, the church fell on hard times as fewer families stayed in the rural community. As the membership dwindled, the doors were closed in 2002 to services.

Local residents and the Lincoln County Historical Society purchased the building and its contents a few years ago to preserve the heritage of Ottenheim.

The building is now available to the public and is rented for special occasions. Families have weddings, funerals and reunions in the old church. Those who want to use the building may call(606) 365-0968.

The historical society has an annual picnic and auction fundraiser with donated items each Labor Day weekend to help maintain the structure.

The church building stands as a testament to its founders’ faith and dedication.

Lutheranism is one of the oldest Protestant denominations, and traces its core beliefs and practices back to the teachings of Martin Luther, a German friar in the Augustinian order known as the “Father of the Reformation.” He was a Bible scholar and believed that all doctrine must be solidly based on Scripture, according to the Lutheran World Federation in Switzerland on the Website: lutheranworld.org.

No rise in overdose deaths, but overdoses on the…