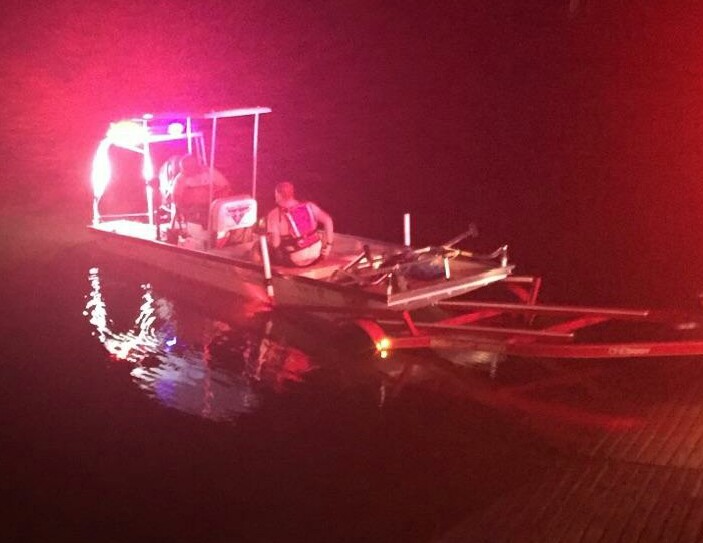 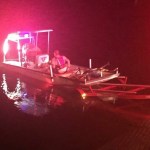 CRAB ORCHARD – A nighttime boating adventure on Cedar Creek Lake turned into a rescue effort after the boat began taking on water and the motor stalled near the main dock.
It was about 9:45 p.m. on Sept. 7 when dispatch received a report of a boat carrying three people and two dogs capsized on Cedar Creek Lake that was actively taking on water.
The Lincoln County Special Operations rescue boat was launched in response and safely retrieved one person and one of the dogs while a fishing boat picked up the other two people and other dog, according to Lincoln County Emergency Management Director Don Gilliam.
Gilliam said the rescued boaters were unfamiliar with their water vessel and shortly after launching from the main dock, it began taking on water. Still only about 200 yards from the dock, Gilliam said the motor then stalled.
Kentucky Fish and Wildlife Officers investigated the incident, Gilliam said, and the Lincoln Special Operations team helped secure and tow the capsized boat.
Once the boat and occupants were all out of the water, rescue teams remained in the water to gather floating debris.
All debris was removed and crews were out of the water by 10:40 p.m. last Wednesday night and no injuries before, during or after the incident were reported.
The Lincoln County Sheriff’s Office and Kentucky State Police also assisted on scene, Gilliam said, and East End EMS was kept on standby during the rescue effort.