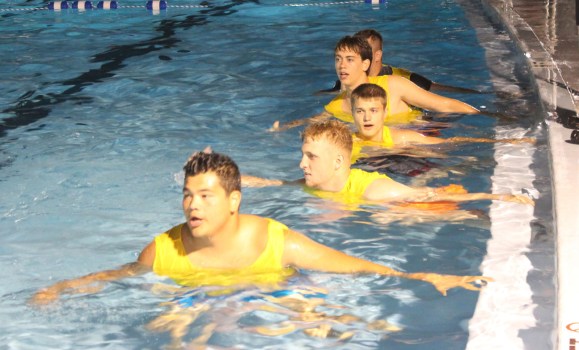 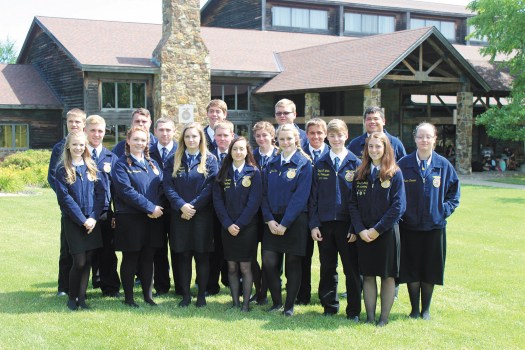 Nineteen members of the Lincoln County Future Farmers of America Chapter attended FFA Camp at the Leadership Training Center in Hardinsburg June 13-17.
Students participated in many sporting events, Officer Training, special interest classes and flag lowering ceremonies before each night session. Another important part of camp was building friendships that will last a lifetime.
Students were randomly divided into eight different competitive teams in which they competed in the rest of the week. Rising from a peaceful sleep did not come easy for students in one particular activity.
“We attempted to wake up,” stated Denver Ratliff, “ but eventually the students were up and ready to participate in a teamwork inspired obstacle course (R.O.P.E.S Course ). Where we had to complete multiple task for example balancing on a swinging log and doing the trust toss where we threw Alexa Wesley and Carter Story into the air and then having to catch them. Participating in events like these helped the FFA members become closer and bring out the best qualities in each other.”
“ I loved it here,” stated John Gambrel of the weeklong camp.
Later in the week chapter water basketball and volleyball tournaments were held and Lincoln County took home the championship title in water basketball and made it all the way to the semifinals in volleyball. The winning Lincoln water basketball team consisted of Carlos Nunez, Dustin Jones, Bradlee Henson, Reed Campbell and Denver Ratliff. Also Alexa Wesley was able to bring home the gold in the diving competition.
On the final day at the fifth and final session of FFA Camp , Reed Campbell was one out of 359 students to receive the Outstanding Leadership Award. Other honors earned by the local FFA-ers were: Dustin Jones, a member of the winning swim team; Shelby Halstead, 4th place in the Quiz competiton; and Emmy Sears recited the FFA Creed in front of the entire camp.
Special thanks to advisors, Mrs. Thomas and Mr. Franklin for taking the time to accompany us as well.  Everyone had an educational and fun filled week. 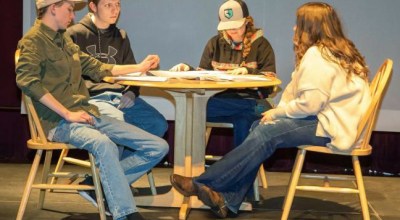