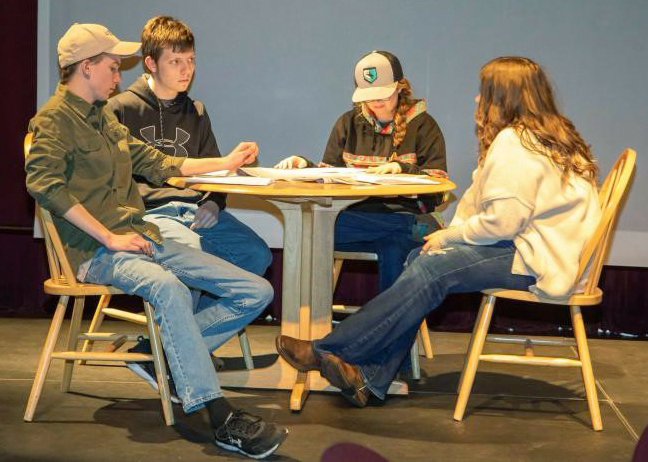 An initiative that was originally designed to address farmer suicide has expanded to address mental health issues and suicide among young people and nurses, Jordan Strickler reports for the University of Kentucky. The initiative is called BARN, for “Bring Action Right Now.”

The initiative includes the Farmer Dinner Theater, initially designed to bring farm families together to discuss mental-health issues affecting their communities through dramatic presentations starring local community youth. The program encourages an open dialogue about mental health and reassures farmers and their families that it is OK to seek treatment if needed, Strickler reports.

“The BARN program delivered in Kentucky has helped increase awareness about mental health challenges, farm stress and suicide prevention in Kentucky,” said Paul Norrod, extension specialist for rural health and farm safety and instructor in the UK College of Nursing, told Strickler. “Dinner theater attendees have stated that mental health challenges can affect anyone and that it is important to talk about them in the community to help prevent suicide.”

The theater offers reenactments based on real-life situations that farm families may have faced and exposes farmers and their families to a variety of proven mental-health interventions, ranging from basic suicide intervention resources to breathing techniques.

Male farmers died by suicide at rates twice as high as the national average in 17 states studied by the Centers for Disease Control and Prevention in 2012-15. That may be an understatement, Strickler writes, because the study didn’t include some agricultural states.

The BARN program is a joint program of UK’s nursing college and the College of Agriculture, Food and Environment. It expanded in 2021 after a Kentucky Nurses Action Coalition innovation award allowed it to address mental-health issues and suicide among young people, with participation of 100 school nurses. The same training and tools will be used to address nurses’ well-being.

Janie Heath, president of the coalition and dean of the College of Nursing, told Strickler that anyone looking to improve their mental health and wellness can use strategies highlighted in the BARN programming, including:

Staying focused on what can be controlled: For example, one cannot control the weather, but one can control how we react to or prepare for the weather.

Breathing: Focusing on breathing and practicing breathing exercises is a proven method for combating stress and refocusing your mind away from stressors.

Practicing gratitude: Take time each day to identify something to be thankful for, as this helps promote positive thinking and perspective. For example, being thankful for a sunny day, talking with a friend or spending time with a pet.

Prioritizing time for ourselves: Prioritize “me time” at least once a day by taking the time to do something beneficial for yourself, such as reading, exercising or watching a favorite TV program.

Embracing resources: Use free and/or paid professional counseling, mental-health apps or other treatment that helps your mental wellness, especially if in a crisis situation. For example, call the new mental-health crisis hotline at 988 or the National Suicide Prevention Lifeline at 1-800-273-8255. Both are free and available 24/7.