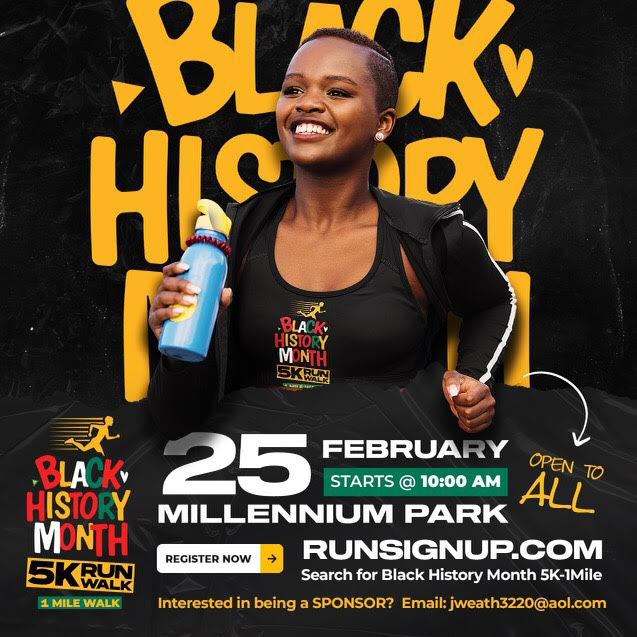 As part of acknowledging February as Black History Month,  the Weathers Family Foundation is hosting the inaugural Black History Month 5K and 1 Mile Fun Walk. The event is scheduled for 10 a.m. on Feb. 25 at Millennium Park in Danville.

The Weathers Family Foundation is run by four local siblings, Larry, Angela, Melinda and Jason Weathers. Jason said the group wants people to join together in support of a cultural celebration and commemorate Black history. He said all ethnicities are welcome.

“It’s a community race, we’d love to see all races there; of course it’s for Black History, but it’s for everyone to just get out and just be together, and with that, doing something positive and being able to pay it forward,” Jason said.

Proceeds from the race will go to the Salvation Army location in Danville. Lieutenants Cornelius and Noldine Walton will be able to use funds at their discretion to serve the community.

Jason said he’s hoping the event will raise at least $500. He said about 26 people have signed up for the race so far.

The race is a closed course on paved trails at Millennium Park. The event has both a 5K timed run/walk aimed toward those with fitness goals, and a one-mile, untimed fun walk for those just looking to enjoy a walk.

Every runner will get a free commemorative race T-shirt while supplies last, a race bag and free race photos. There will be awards for the top three male and female finishers.

Dogs are allowed on leashes at the race. Afterward, the event will have music, food, drinks and fellowship.

Jason said the inspiration for this event started when he changed his lifestyle habits after learning he had high blood pressure. He began exercising and eating better, and lost 30 pounds. He recently took up running.

Jason and his siblings started the Weathers Family Foundation after the death of their older sister, Yolanda. Yolanda Weathers was a teacher at Danville Schools, and died at age 45 in January 2022.

“We’ve gotten a lot closer due to losing our older sister, and we just wanted to put an event on,” Jason said. “We’ve also done a scholarship for Danville Schools this past year.

“We’re just trying to look at ways to give back to our community from where we all graduated from, Danville Schools, and just the community as a whole.”

Jason explained that the foundation doesn’t have specific goals, but rather helps out wherever needed.

“If we think of a particular event that we want to help or sponsor, we’ll come together and do that,” Jason said.

Jason said they’re interested in making the race an annual event, and will gather feedback from the community after the race.