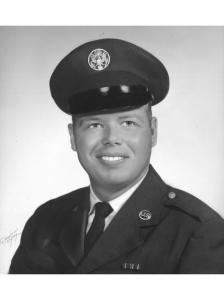 Jerome “Bucky” Weaver, 83, of Crab Orchard, KY passed away Monday, January 9th, at the Ephraim McDowell Regional Hospital in Danville. He was the husband of Vivian (Smith) Weaver whom he married on February 7, 1981. Bucky was born in Broughtontown, on June 21, 1939, a son of the late James Walker and Barbara Alice (Yantz) Weaver. Bucky was a 1958 graduate of Crab Orchard High School and had attended the Campbellsville College for two years before entering into the Air Force. While in the service he specialized in photo and aerial reconnaissance and was involved in the retrieving missiles from Cuba. After four years of service Bucky was honorably discharged from the Air Force. He was a member of Friendship Baptist Church and enjoyed being around others. Bucky worked most of his life as a dairy farmer and was a wonderful husband, father & grandfather.

In addition to his parents, Jerome was preceded in death by Brother-In-Law, Wayne Speake and Nephew, Chris Carroll
Funeral Services at 1:00 PM, Friday, January 13, 2023 at Friendship Baptist Church with Ministers Bro. Tim Jones, Bro. Darrell Gentry, & Bro. Tony Shelton. Burial will follow at the Sophus Cemetery with Military Honors by the Caswell Saufley.
Visitation will be from 10 am until 1:00 PM on Friday, January 13, 2023 at Friendship Baptist Church.
In lieu of flowers memorial contributions can be made to the Caswell Saufley american legion.
Arrangements entrusted to McKnight Funeral Home, www.mcknightfuneralhome.com