Road woes continue for UK in beatdown at Bama 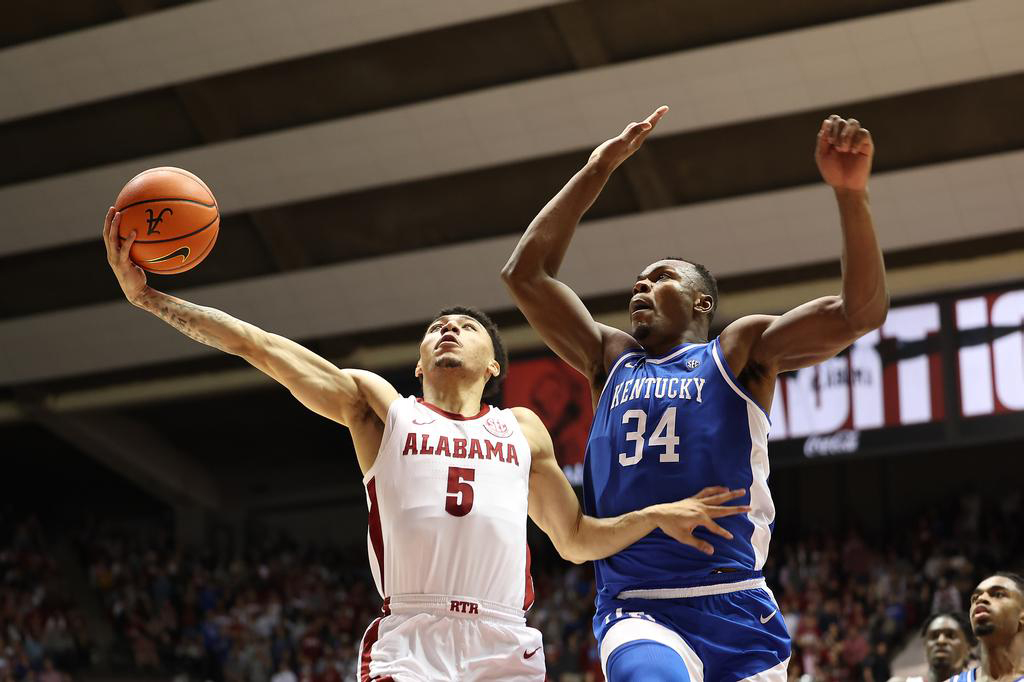 Kentucky has yet to win a true road game and failed to reverse the trend in a 78-52 loss at Alabama on Saturday in Tuscaloosa.

The Wildcats (10-5, 1-2 Southeastern Conference) have yet to defeat a ranked opponent this season and fell to 1-5 overall in games played away from home. The seventh-ranked Crimson Tide (13-2, 3-0) never trailed and handed Kentucky its worst defeat in school history at Coleman Coliseum. It also was Alabama’s largest margin of victory against the Wildcats in school history.

“We are better than we played, and I told them after that most of the time you’re not as good as you think and as bad as you think,” Kentucky coach John Calipari said. “Let’s just hope we’re not as bad as we looked today.”

Kentucky struggled early, rebounded from the poor start before Alabama took full control in the second half and led by as many as 31 points. The Crimson Tide set the tone for the blowout by outscoring the Wildcats 13-3 to open the second half didn’t look back.

“You’ve got to give them credit, they went right after us,” Calipari said. “I’m disappointed that we did not play better because I thought we were ready to play a good game on the road. We’re going to have to prove at some point that we can play on the road.”

The Wildcats got most of their scoring from guards Sahvir Wheeler and Antonio Reeves who combined for 35 points, while the rest of the team managed just 17. Kentucky forward and leading scorer and rebounder Oscar Tshiebwe managed a season-low four points and six rebounds, the third time Tshiebwe has finished with single-digit rebounds this season.

Overall, Kentucky shot just 28 percent from the field and made just five threes —four by Reeves — on 20 attempts behind the arc.

“We did what we wanted to do but we missed every shot,” Calipari said. “You can’t have your starters go 3-for-27, three of your starters that you’re banking on to make baskets and expect to win.”

Calipari added, “we’ve got to look at the shots we’re missing.”

“Are they makeable shots? Or do we have the wrong guy shooting?,” the Kentucky coach said. “Some other guys should be shooting. Should we space it out more? We have Oscar, how do we utilize him?”

Reeves came off the bench and led Kentucky with 20 points, the third time this season he has eclipsed the 20-point mark. Sahvir Wheeler followed with 15 points and added three assists.

“I can’t say enough about our guys — how hard they played on defense, how locked in to the scouting report they were,” Alabama coach Nate Oats said. … I was proud of our guys for not letting their foot off the gas.”