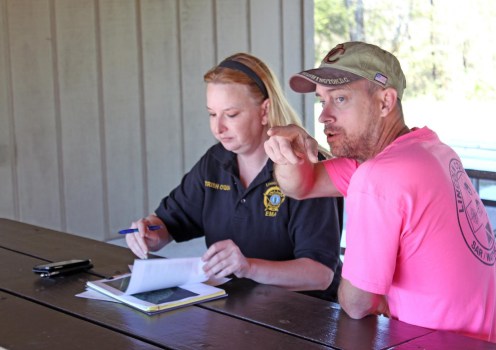 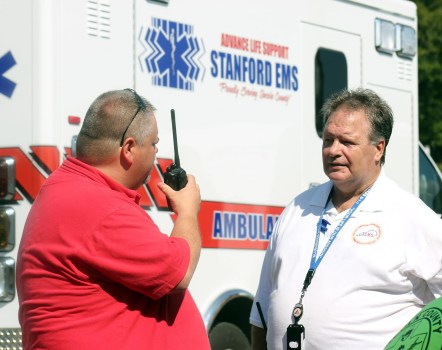 STANFORD – Within his first few months of being the Director of the Lincoln County Emergency Management Agency, Don Gilliam said a tornado hit the middle school and not long after that there was a train derailment in Geneva.

Gilliam started in 2011 and during his 12 years as EMA Director he has dealt with a fair number of local emergencies from flooding and winter storms to fires and tornados.

But nothing compares to the 2019 gas pipeline explosion in Moreland, Gilliam said.

“I guess the one that was most traumatic would have been the pipeline explosion. It affected 75 people directly and hundreds indirectly,” he said. “Now we’ve had some snow storms and ice storms since then, we’ve had some flooding that affected a large amount of people, but it was gradual so you kind of eased into it and had time to make plans.”

With the pipeline explosion something had to be done immediately, he said.

The explosion resulted in one death and the destruction of five homes. Several other homes were damaged as the fire burned about 30 acres in the Moreland area.

Lincoln County’s EMA response was recognized nationally and Gilliam, along with Deputy Director Trish O’Quin, was invited by agencies across Kentucky and beyond to give presentations on the county’s response.

“It put to use everything we had been practicing throughout the years, all the connecting of agencies, the interoperability with other agencies and other counties. Everyone came together and they knew their jobs and it was controlled chaos, “ O’Quin said. “Everybody had their job and knew what they were supposed to do, even from other counties, because we do these drills every year.”

Each year EMA would coordinate a countywide mock drill to help prepare agencies such as fire, EMS and police for all kinds of different disasters.

Gilliam said his favorite part of the job was helping other people and agencies be prepared for the unexpected and plan a response.

“When things turn out positive, that gives you a good feeling. There’s always issues. There’s always things you could have done better and you could have done different and you learn from those. Sometimes trial by fire is the best way to learn,” Gilliam said. “I think what I enjoyed more than anything is people would come to us and ask us ‘help us plan,’ or ‘come and do a program and presentation, tell us what we need.’”

Gilliam said those requests came from all kinds of organizations from schools and churches to local businesses.

“There are a lot of different avenues that people would come to us. We were accessible,” he said. “I always took the position that I wanted to be better and leave the office better than I found it and I think that we have done that.”

Gilliam said he’s proud of the work he’s done and hopes the new EMA Director and assistants will be successful, though it may be hard to maintain the same level of community engagement as a part-time office.

“A part-time office can’t get out and interact with the public like we did, they can’t present programs like we did. They can’t offer training and do the exercises that we were able to do because they’re not going to have the time,” he said. “I think as far as the county having the benefit of a director and getting enough documentation to get the grant money that comes with that office, I think part-time will take care of that.”

O’Quin, who served in the position for six years, said she enjoyed a lot of aspects of the job, especially the camaraderie across multiple agencies.

“I really enjoyed working with the county and getting to know everybody, working with the different agencies. It was an honor and privilege to serve the county for six years as the Deputy Director,” she said. “When all is said and done, we put hours and hours of training and experience into this job and I really hope it can be carried on and done well. Ashley Powell is a very intelligent man and I think he’ll do well with what he’s given.”