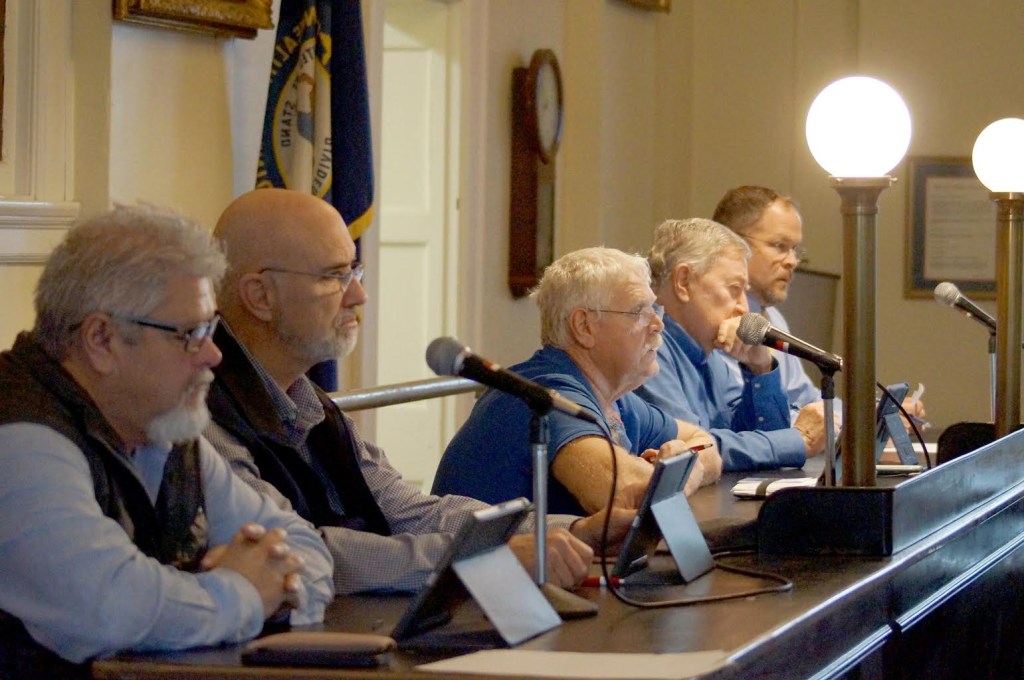 Magistrates met Tuesday, Jan. 3 and discussed those changes with the new director in attendance.

Magistrates voted Tuesday to make a few changes to the EMA office, including reducing the director’s position from full-time to part-time and appointing two part-time assistant directors to serve alongside the director, rather than a full-time Deputy Director.

Magistrates voted unanimously to approve the new positions and appointments.

Lincoln County Attorney Daryl Day told Adams that Powell, Maples and Mullins would each need to submit a letter from their board or employer saying that they can hold this position in conjunction with other employment.

Powell said the EMS Board has already voted to approve his new appointment.

Powell, who is Director of Lincoln County EMS and also serves as a paramedic in Casey County, said which hat he wears on scene will depend on the individual incident, but there will be a plan in place when he is needed as EMA Director.

“Emergencies are handled by each individual agency. If it’s an EMS call, EMS will handle that emergency. If it’s a fire department call, fire department will handle that. Same with law enforcement, if it’s a law enforcement situation. What Emergency Management does, is Emergency Management is a resource coordinator,” he said. “They provide and allocate resources to the emergency departments to mitigate the situation, and communication.”

In the event of a disaster, Powell said he will take on the role of EMA Director and the Deputy Director of EMS will take over EMS operations.

Powell told magistrates that he appreciates the opportunity.

“I’m excited about it, I think we can do some good things for the county and I look forward to working with all of you,” he said. “I appreciate y’all’s support.”

According to a cost comparison generated by Lincoln County Treasurer Mary Hopkins, the changes will save the county about $40,000.

The salary for a full-time director, including FICA and retirement, was $49,852. The salary for assistant director was $31,026. Those totals do not include the cost of health insurance, which ranges from $800 to $1,000 per month, Hopkins said.

Powell will use one of the agency’s two F250 trucks, and the other vehicle will be reallocated to the county road department. Both vehicles are on lease payments, Adams said.

Adams said his vision is one of unity across agencies .

“My whole thing is unity, with the fiscal court, the sheriff’s office, EMA, whatever it may be, fire, police…as long as everyone is up front, not hiding anything, I think we’ll do a lot of great things moving forward,” he said.