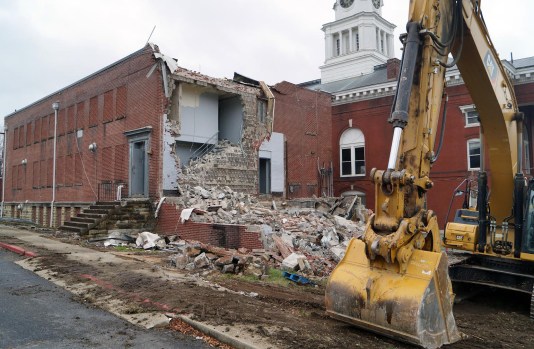 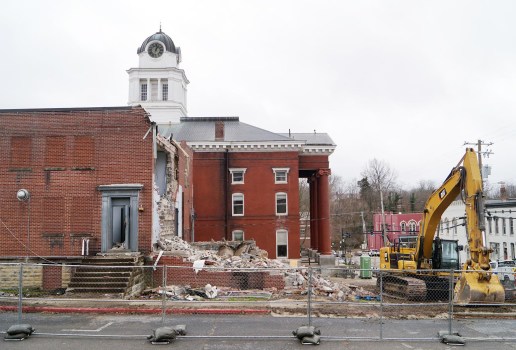 Built in 1941, the Lincoln County Regional Jail has housed many inmates since its completion. This week, the county says goodbye to the old building as demolition has officially started.

The Lincoln County Fiscal Court voted last year to approve the emergency closure of the jail due to severe under-staffing.

The jail was unable to meet the state requirements of four employees on duty per shift and the employees who were on duty “feared for their safety.”

The building often had plumbing and electrical issues, as well.

In June 2021, the jail was officially emptied of inmates and closed for good.

Judge-Executive Jim Adams said the demolition will last no more than 60 days.

Following the demolition, a porch will be built on the Lincoln County Courthouse where it was connected to the jail and grass terraces will replace the jail space.