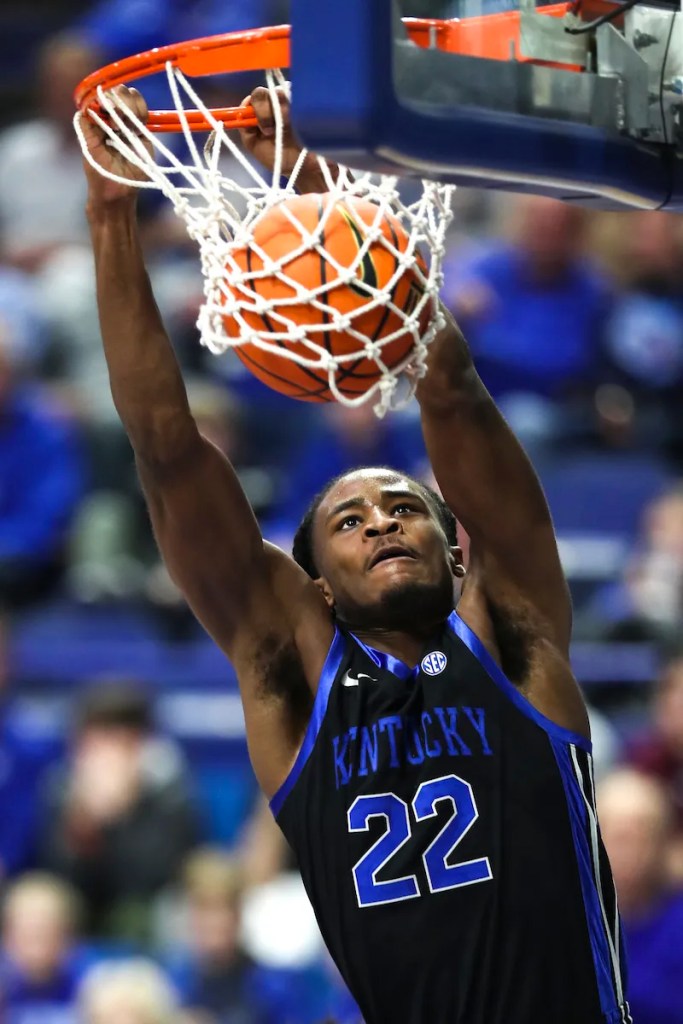 Cason Wallace wasn’t part of a major lineup tweak but provided a steady presence for No. 19 Kentucky in an 88-68 win over Florida A&M Wednesday night.

Coming off a 63-53 loss to No. 13 UCLA, the freshman guard gave the Wildcats (8-3) a much-needed boost going into the Christmas break. Wallace scored a career-high 27 points, added nine assists and four steals in his most impressive showing of the year. Already one of the team’s most consistent guards, Wallace provided a spark to start the opening half and added another jolt for the hosts to open the second frame.

“It felt good going out there, playing with the guys and coming out with a win,” Wallace said. “I came into the game with a different mindset, trying to get to the basket a little bit, instead of shooting so many threes, and being more aggressive on offense worked for me tonight.”

Kentucky coach John Calipari said the fact Wallace made shots — a career-high five 3-pointers — helped lead to his breakthrough performance. Wallace had made just three treys in the previous two games and showed flashes when he drained four threes in a win over Michigan earlier this season.

At the urging of his coach, Wallace became more involved by “getting downhill and getting to the paint.” That was part of Calipari’s “tweak” with Wallace.

“Getting downhill, being more aggressive and (creating) for others and not just looking for my shot, but making sure everybody else gets a shot up as well (was my mindset),” Wallace said.

To open his career performance, Wallace scored the first seven points for the Wildcats and added three assists and two steals in the first five minutes when they bolted out to a 19-2 lead. Wallace was relatively quiet for the rest of the first half, but put on another scoring display following the break, which came at the right time for the Wildcats, who led 42-32 at halftime.

Similar to his start to open the contest, Wallace gave the hosts a lift and tallied the first seven points. He scored 20 points in the final 20 minutes.

After the Rattlers narrowed the margin to 71-64 with five minutes remaining, Wallace provided an assist on an Oscar Tshiebwe bucket, following by his own basket to help the Wildcats avoid a possible collapse down the stretch.

“He was really, really good,” Florida A&M coach Robert McCollum said. “They have a lot of good players, but he’s really good. … he’s a two-way player and he plays on both ends (of the floor).”

As part of a rare mid-year change, Calipari inserted Chris Livingston and Lance Ware into the starting lineup, while Antonio Reeves and Jacob Toppin came off the bench. Livingtson and Ware combined for 12 points and seven rebounds, but it was the play of Wallace who provided a steady presence for the Wildcats.