Winter storm causes deaths, power outages nationwide; at least three dead in Kentucky as a result of the storm and cold temperatures 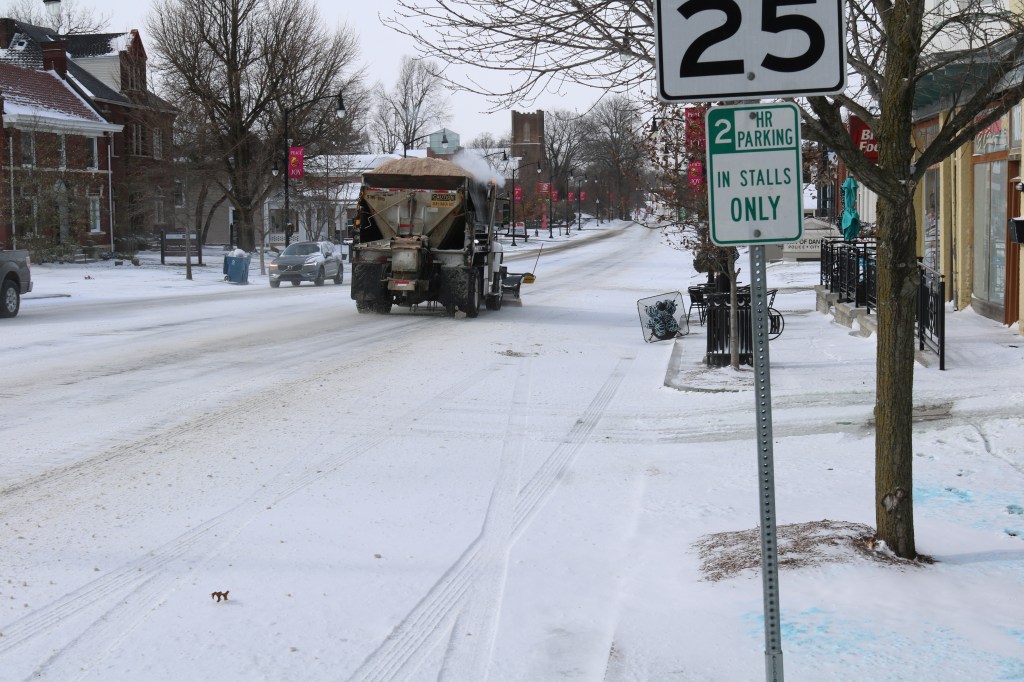 A salt truck paves the way Friday along Main Street in Danville. Photo by Lance Gaither

At least 37 people nationwide, including three in Kentucky, have died due to the winter storm that brought frigid temperatures as it swept across the country Thursday.

In Kentucky, the storm dumped up to 4 inches of snow and brought wind chill factors as low as minus-38.

“We lost one to a vehicle accident in western Kentucky, and one housing insecure individual in Louisville,” Gov. Andy Beshear said.

Power outages also were a problem during the storm that affected every U.S. state except Hawaii.

More than 1 million people were without power and residents in at least 13 states, including Kentucky, were asked to conserve energy.

Nowhere was affected more than Buffalo, New York, which received up to 43 inches of snow. Power outages and blocked roads resulted in more than a dozen deaths in the area.

At mid-day Friday, over 24,000 people were without electricity, so Kentucky Emergency Management Director Jerely Slinker had advice for those using back-up generators.

“Be sure you’re not using it inside,” he stated. “It’s dangerous and could cause carbon monoxide poisoning, which is a colorless and odorless gas. If you start feeling bad, get away from the source. Place generators 10-15 feet away from your house, and you should be safe.”

Kentucky Transportation Cabinet Secretary Jim Gray thanked Kentucky’s driving public for staying off the roads Thursday night. “Our crews overnight were able to do their work. I’ve gotten reports from our chief district engineers across the state, that they were very thankful folks were listening to our guidance to stay off the roads.”

Along Interstate 71, multiple accidents resulted in a massive back up that left motorists stranded for up to 34 hours.