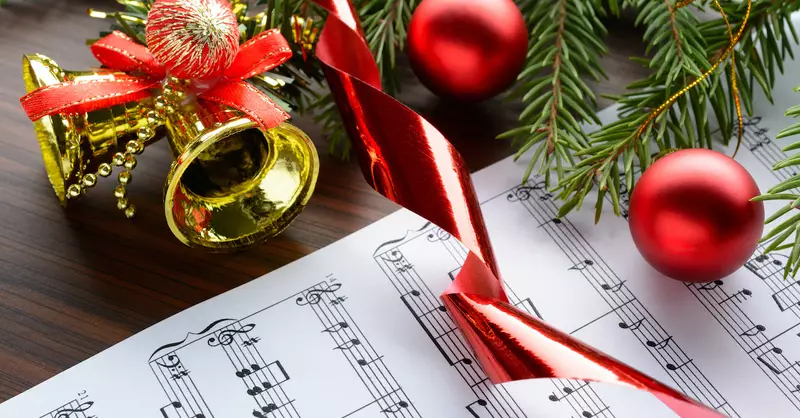 ince childhood I have always enjoyed Christmas carols, especially the old ones, and preferably AFTER Thanksgiving. Some go back to the 1600s, and sometimes have some obscure language that may not make sense in our present era. That said, I thought it interesting to check a few out.

“Oh, bring us some figgy pudding” is from We Wish You A Merry Christmas (1640s).

The latter perhaps explains why “we won’t go until we get some”. The word “figgy” refers to a food that tastes like figs.

Here We Come A-Wassailing is a carol that goes back to at least the early 1800s. Wassail is from an old term “vas heill”, meaning “be well”. It was a salutation, and gradually morphed into the tradition of wassailing, going door to door singing Christmas carols and being rewarded with a warm beverage. The beverage itself eventually came to be called “wassail”, which also involved liberal doses of alcohol. No wonder caroling was so popular.

“Chestnuts roasting on an open fire” is from The Christmas Song (1945) and harkens back to the days when the American chestnut was dominant in our forests and produced tasty sweet nuts, made sweeter by roasting them. The roasting was typically done by placing the nuts on a grate over an open fire in the fireplace, or placed near the hot coals and baked until they swelled and burst open with a pop sound. This is reflected in the song Sleigh Ride, that has the lyric “at the fireplace while we watch the chestnuts pop, Pop! Pop! Pop!”  The reason older carols are so popular is their generation of pleasant nostalgic feelings, such as family and friends gathered around a fire, something enjoyed for hundreds of years in the pre-electric days. A sad side note: The American chestnut, once4 billion trees strong in the eastern U.S., was laid low by a blight accidentally brought over from Asia in 1904. Within 40 years the trees were wiped out. I would dearly love to taste a roasted American chestnut. My mom described them as delicious, much sweeter than the Chinese species. I’m bummed.

“Make the Yuletide gay” is from Have Yourself a Merry Little Christmas (1944). I think everybody gets that yuletide is synonymous with the Christmas season, but it wasn’t always so.

Yule was originally a winter festival associated with the winter solstice, and was celebrated for hundreds of years by Germanic people (Germany, Denmark, Sweden). In the 10th century Christianity came on the scene and yuletide gradually merged into meaning the Christmas season.