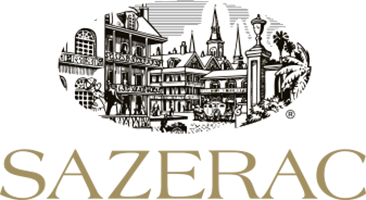 The company, whose brands include Pappy Van Winkle bourbon and Southern Comfort whiskey, said it is set to spend $600 million to expand its barrel-making capacity and build 20 warehouses in Laurel County.

To accommodate for the expansion, Sazerac will acquire the nearly 200-acre Rowland Acres Industrial Park from the London-Laurel County Economic Development Authority. Terms of the sale were not included in the announcement, but the economic development authority’s website posted an asking price of nearly $2.9 million for the site.

The company also plans a 72,000-square-foot expansion of the Robinson Stave and Cumberland Cooperage in East Bernstadt, which it bought eight years ago to bolster barrel production for its aged whiskeys. That plant currently employs 320 workers, according to the economic development authority.

“We’ve invested in London-Laurel County because we know the residents are hardworking Kentuckians who take pride in their craft,” Sazerac President and CEO Mark Brown said. “Our construction of new barrel storage warehouses and expansion of our barrel cooperage operations will allow for the continued growth of Kentucky’s signature bourbon industry.”

While Sazerac is a New Orleans-based company, its main office is located in Louisville, and it operates several distilleries across the state, including the Buffalo Trace distillery in Frankfort and the Barton 1792 distillery in Bardstown.

According to a release from the governor’s office, the company has invested about $1.2 billion in its Kentucky facilities.

Bourbon is considered one of Kentucky’s signature industries, generating $9 billion in economic impact annually. Besides employing more than 22,500 workers with a payroll of more than $1.2 billion, the distilleries have been major tourism sites that draw people worldwide to the Bluegrass State.

“This is a significant investment in Kentucky by Sazerac as our signature bourbon industry continues to grow at an incredible rate,” Beshear said. “I am so glad to see this job creation in Southeastern Kentucky, as well as the growth of a company that has invested so much in the commonwealth over the past 25 years.”

Last month, the Kentucky Economic Development Finance Authority gave preliminary approval for up to $2 million in tax incentives over 15 years. The incentives are contingent on Sazerac hiring 50 state residents for the jobs and paying an average hourly wage of $28.27.

KEDFA also approved another $1 million in incentives allowing the company to recoup sales and use taxes on such items as construction costs and building materials.