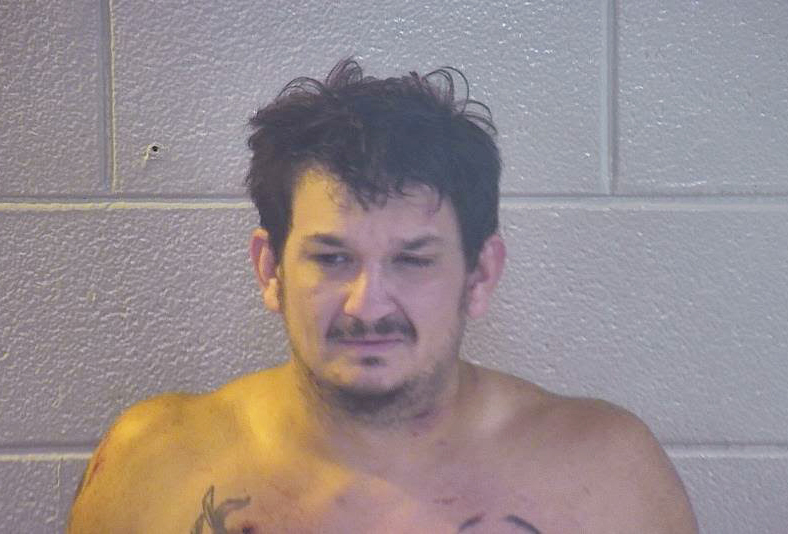 STANFORD – A man with six active warrants and a history of fleeing from police attempted to flee again during a traffic stop in Stanford earlier this month.

Corey J. Skaggs, 35, of Greyhawk Road in Stanford, was arrested by Lincoln County K9 Sgt. Michael Mullins at about 5 p.m. on Nov. 8.

According to the arrest citation, Mullins received a tip that Skaggs was at a local store. Mullins conducted a traffic stop after seeing Skaggs.

The vehicle turned onto Cut Off Street where Skaggs fled from the passenger seat and continued to flee after Mullins gave several loud, verbal commands to stop.

“I then gave chase, and attempted to deploy a taser which was not affective (sic),” the citation states. “Above (Skaggs) jumped several fences and crossed U.S. 27.”

Mullins caught up with Skaggs and had him at gunpoint but Skaggs refused to get on the ground, according to the citation.

Skaggs attempted to get up and run again.

“I then began giving above several commands and strikes with my dept. issued baton to the arms and legs,” the citation states. “Above (Skaggs) would not comply and would not put his hands behind his back and attempted to get up.”

At that point, the Stanford Police Department and other LCSO Deputies arrived.

“I advised them to deploy a taser as the baton strikes were not effective,” the citation states. “SPD deployed a taser and was not effective and drive stuns were given to bring the subject under control.”

Skaggs was transported to Fort Logan Hospital Emergency Room for medical clearance and later lodged in the Pulaski County Detention Center on charges of fleeing or evading police on foot; resisting arrest; menacing; and public intoxication (controlled substance, excludes alcohol). Skaggs had six active warrants at the time of arrest, including a felony warrant.