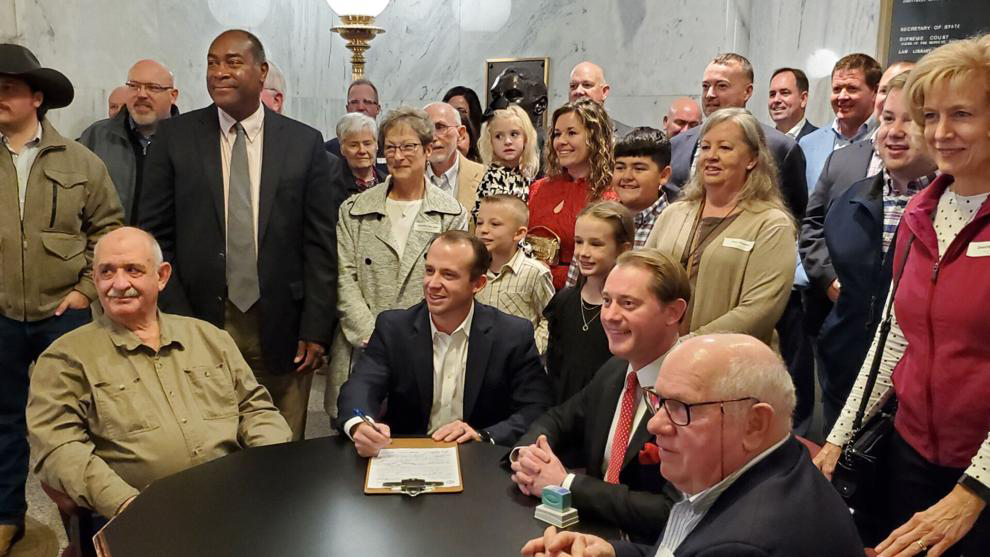 A former Kentucky House Majority Leader is hoping to return to Frankfort after filing candidacy papers Tuesday with the Secretary of State’s office seeking the GOP nomination for Commissioner of Agriculture in the May 2023 primary.

Jonathan Shell, who describes himself as a fifth-generation farmer from Garrard County, was elected to the Kentucky House of Representatives in 2012, becoming the youngest member of the General Assembly. Prior to the 2016 election, he was tapped by Republican leadership to spearhead candidate recruitment. That year, Kentucky elected its first Republican House Majority in nearly 100 years.

In 2017, Shell’s colleagues elected him Kentucky’s first-ever Republican House Majority Floor Leader, where he helped develop and execute legislative strategies which led to enactment of a Right to Work law, pro-life legislation, support for farmers and a crackdown on opioid traffickers.

However, Shell lost his House seat in 2018 when he was upset in the GOP primary.

Shell said he is running for ag commissioner due to a desire for public service which was instilled in him by his grandfather, who passed away three years ago.

“He was always involved in our community,” Shell said. “He was on every board that you could be on, whether it be Farm Bureau, or the fire department boards. I learned not only how to perform public service through him, but also how to be a conservative.”

He also explained why he sought the ag commissioner’s post.

“Here in Kentucky, we’ve got the potential and the opportunity to really do some special things, especially in agriculture. What I would like to accomplish is food production networks.  We have a lot of products in the state of Kentucky that are ag-related that we sell out of state.  It gets finished, then we bring it back and buy it. I think we have a huge opportunity to create manufacturing hubs in the state of Kentucky, so we can educate our young people, and keep them here with jobs.”

Shell is the only Republican who has filed his papers for the post, althoug