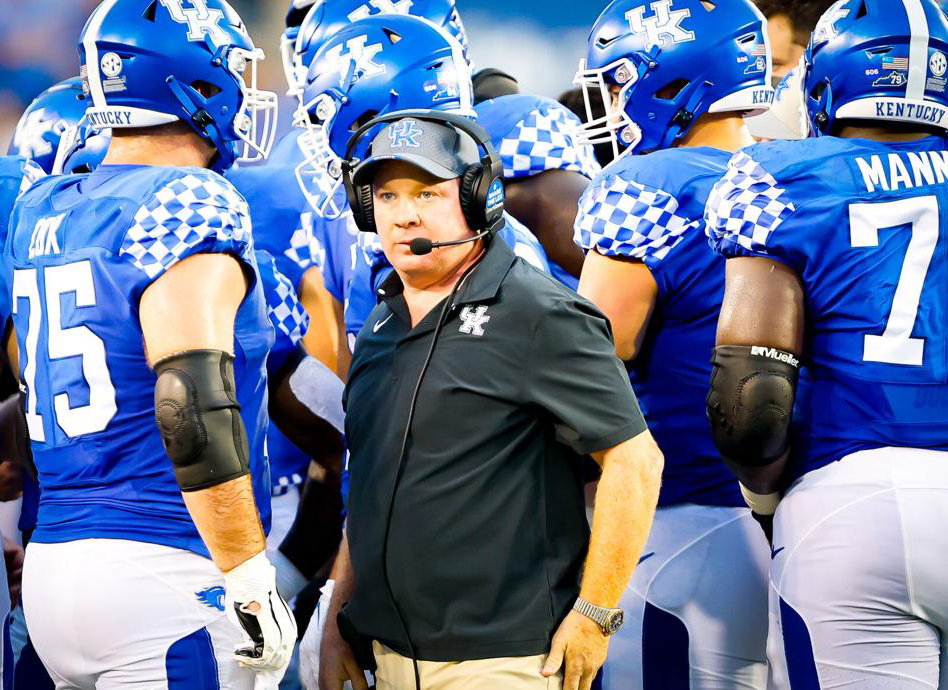 “I don’t feel comfortable talking about excuses,” Stoops said Monday. “I give credit to coach (Clark) Lea and Vandy for outplaying us and outcoaching us. They did a very good job. They came in and did some really good things with a quarterback that played a very good game.”

At the same time, Stoops said the Wildcats (6-4, 3-4 Southeastern Conference) failed to capitalized and “had our opportunities to win.”

“We can’t put ourselves in a position where it comes down to a play here or a play there,” he said. “We had those opportunities. We’ve won those games in the past and times and we’ve won some. And that’s going to happen, if you continue to play very close games. We didn’t make the plays down the stretch to win.”

Stoops and his troops don’t have much time to dwell on the disappointing setback. The Wildcats host top-ranked Georgia (10-0, 7-0) Saturday in the SEC finale for both teams.

In addition to preparing for the Bulldogs, Stoops also knows a top priority is improving on both sides of the ball.

“We need to continue to work extremely hard and evaluate all aspects of the program and try to improve,” the Kentucky coach said. “We always accept the responsibility. We constantly learn, shift and adjust and do the best we can to put ourselves in a position to win games. There’s no excuses, we need to get better, coach better and play better. And we’ll continue to do that and continue to work at it.”

Although the Wildcats have lost four of the past six games, Stoops believes in his players and the team.

“Nobody’s given up,” he said. “We do have a very good team. We have to play better in certain situations. We still have a lot in us. We could certainly be better. But we all believe in our team.”