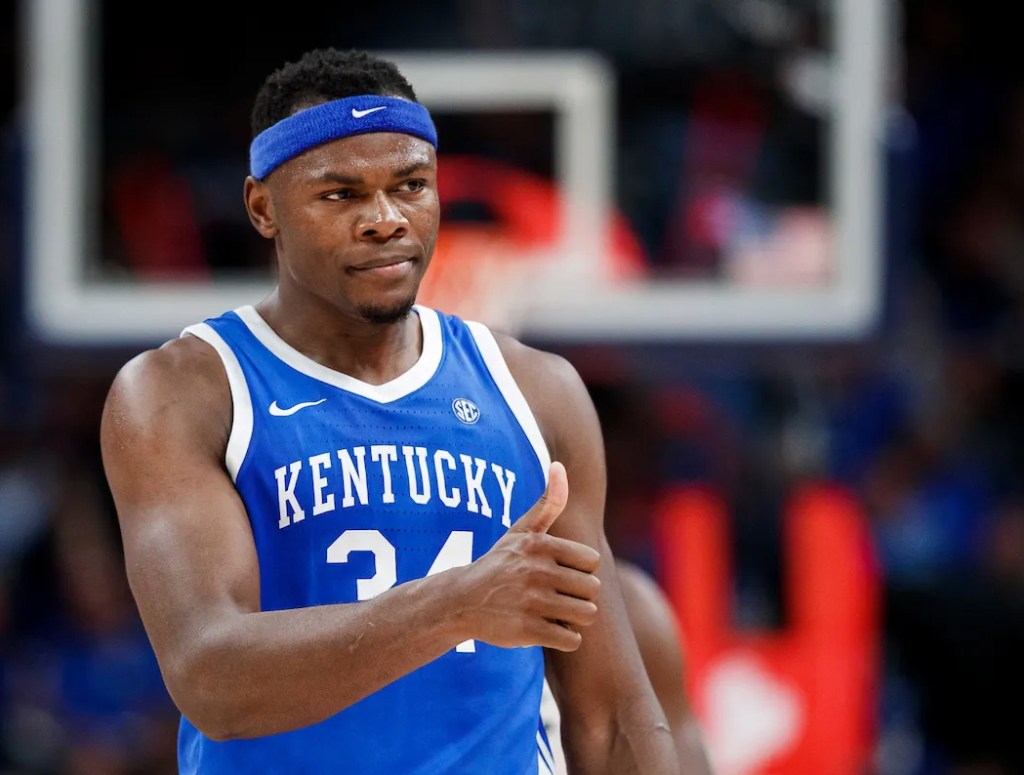 Defending National Player of the Year Oscar Tshiebwe returned to action for fourth-ranked Kentucky on Tuesday night against Michigan State in the Champions Classic in Indianapolis. And, after missing the first two games of this season following a knee procedure, Tshiebwe seemingly up right where he left off last season.

Tshiebwe scored 22 points and grabbed 18 rebounds, his 18th consecutive double-double, and added four blocks for good measure. Even with all of that, Michigan State was able to defeat the Cats 86-77 in double overtime.

While Tshiebwe, who fouled out in the first overtime, picked up where he left off last season, UK freshman Cason Wallace continued his strong early-season play as well. Wallace had 14 points, five rebounds, five assists and eight steals. The eight steals tied the Kentucky school record, which has been accomplished by three players previously (Wayne Turner in 1997, Rajon Rondo in 2005 and Ashton Hagans in 2018).

Kentucky (2-1) led late in regulation before Michigan State got a Malik Hall basket to tie the game at 62-62 with three seconds left. Kentucky’s heave at the buzzer missed.

In the first overtime, Kentucky led 71-69 before Hall struck again, this time with one second remaining. He tied the game and sent it to double overtime.

The bad news for the Cats, at that point, was that Tshiebwe had fouled out in the first extra session and UK was forced to play without him over the final five minutes.

UK head coach John Calipari took the blame for his team’s inability to get the job done down the stretch and in both overtimes.

“I just saw (coach) Tom (Izzo) in the hallway and I said you were more prepared to finish than we were,” Kentucky coach John Calipari said

“When you talk about late-game situations, that’s on me as a coach. They executed better than us and that’s on me.”

Kentucky got 16 points, eight assists and two steals from Sahvir Wheeler, as well as 10 points and four rebounds from Jacob Toppin.

The Wildcats lost to Saint Peter’s in the same venue in the opening round of the NCAA Tournament last year and recent struggles in the Champions Classic continued for Kentucky, which is 1-5 in its last six appearances in the neutral-site event.