Hopkins sworn in as circuit clerk 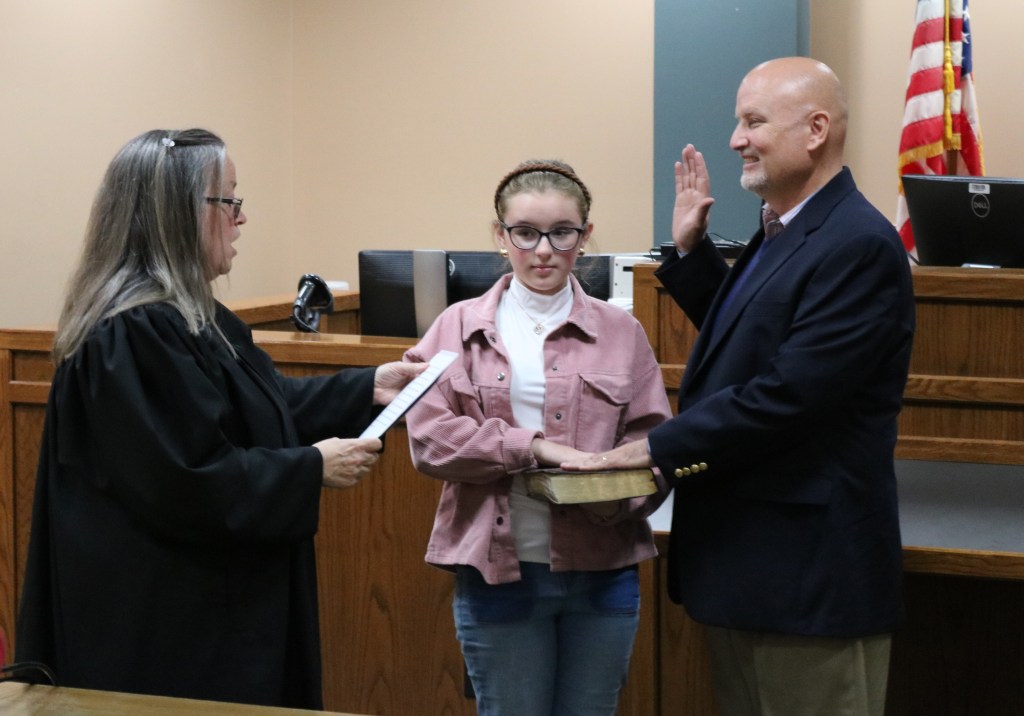 Dwight Hopkins was sworn in Monday, just days after winning the special election for Lincoln County Circuit Clerk. He is believed to be the first Republican to be elected to the position and it is his first time serving as an elected official.

“I’m very grateful and humbled for the confidence that voters have placed in me, and I’m looking forward to serving the people of Lincoln County,” Hopkins said.

Hopkins replaces Angelia Doolin, who has served in the Circuit Clerk’s office for the past 24 years and had been serving as interim clerk since last October, when longtime incumbent Teresa Reed retired.

Hopkins said that his time serving in the Army and 30 years of service as a poll worker are what inspired him to run for office.

“I have had a civic interest in being a public servant from a young age,” Hopkins said. “Being a poll worker exposed me to local politics. I was around it so much it was only natural I would run at some point.”

As circuit clerk, Hopkins hopes to make further strides in improving the technology and handicapped accessibility of Lincoln County’s courts.