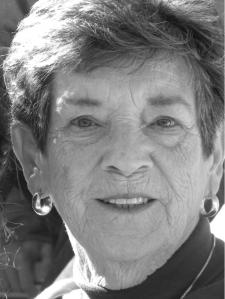 JoAnn “Mim” Fitzpatrick, 84, of Stanford, KY passed away peacefully at her home on Thursday, November 9, 2022. Born on August 31, 1938 in Columbus, OH to the late Phillip and Elizabeth Ellis McDaniels. She was the widow to the late Kenneth Fitzpatrick. She was a member of St. Sylvester Catholic Church in Ottenheim, KY.
JoAnn had a very full life that impacted so many people. Her first love was to her family. She lived by an open-door rule, that whomever entered was welcome in her home and was afforded the benefit of speaking freely about anything they chose to speak about. Her motto was, “Never go to bed mad, never go to bed angry”. This way of life allowed so many people to receive some of the best advice and healing for many years.
JoAnn had many interests in which she shared over the years. She loved to cook and would teach anyone that wanted to learn. Her favorites were lemon anything; lemon cookies, lemon pie, lemon cake. She loved music and loved to dance. She played the piano, accordion and organ. She was in the high school band, where she played the drum. Music filled her home on a regular basis.
She was an active member of several organizations including, Wilderness Trace Child Development Center of the Bluegrass, Red Hat Society, American Red Cross and The Moose Lodge and Eagles during her time spent in Florida.
In addition, JoAnn had a very long career as partner of Gash-Fitzpatrick Insurance Agency in Danville. She served the community for over 50 years and established a great reputation in the insurance industry.
In all, JoAnn was and is the best mother, mother-in-law and Mim!
Survivors include four children, Micki Beach (Dale) of Dry Ridge, KY, Mark Fitzpatrick (Gwen), Mitch Fitzpatrick (Anita) and Marti Brown (Mike) all of Stanford, KY; one brother, Jim McDaniels (Mary); two sisters, Patricia Troyer and Deborah Burdette (Art); sister-in-law, Barbara McDaniels; ten grandchildren, Samantha Barnes (Michael), Adam Fitzpatrick (Melissa), Rachel Fitzpatrick, Morgan Janssen (Jeremy), Melissa Marsh (Jim), Tim Fitzpatrick (Mikki Jo), Todd Fitzpatrick (Rachel), Julie Pelstring (Ben), Sara Fitzpatrick (Colleen) and Katie Fath (Chris); 15 great-grandchildren and one on the way; and several nieces and nephews.
She was preceded in death by her husband, Kenneth Fitzpatrick; one son, Michael G. Fitzpatrick; parents; one brother, Phillip McDaniels; two grandchildren, Megan Elizabeth and Casey Brock.
Visitation will be on Sunday, November 13, 2022 from 4:00 p.m. to 8:00 p.m. at Spurlin Funeral Home in Stanford, KY. The funeral service will be on Monday, November 14, 2022 at 11:00 a.m. at St. Sylvester Catholic Church in Ottenheim, KY with Father John officiating. Burial will follow at St. Sylvester Cemetery.
Active Pallbearers are Tim Fitzpatrick, Adam Fitzpatrick, Noah Fitzpatrick, Todd Fitzpatrick,Colton Fitzpatrick, Michael Barnes, Ethan Barnes and Jeremy Janssen.
Honorary Pallbearers are granddaughters,great-grandchildren and Dan Stephens.