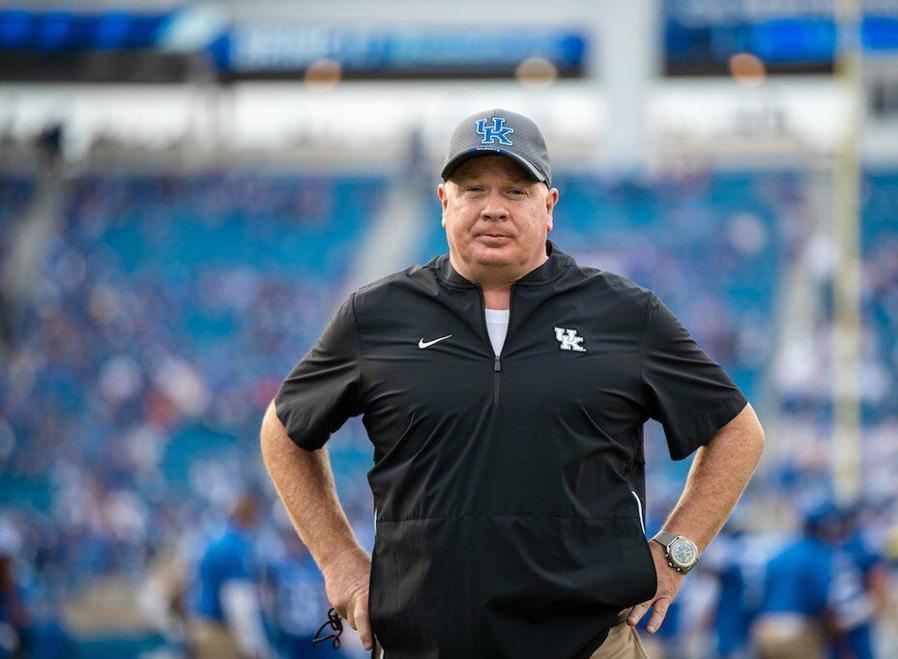 Two days after his team’s dismal showing in a 44-6 loss at No. 2 Tennessee last Saturday, the Kentucky coach was right back to work, preparing the Wildcats for Saturday’s contest at Missouri.

“I feel surprisingly jacked up and great. Why? Because I have to be,” Stoops said Monday. “Yeah, I felt like crap all night Saturday night and all day Sunday. But today, I’m jacked up, ready to go.”

The loss, the team’s third in the past four games, dropped the Wildcats out of the Associated Press Top 25 poll for the first time this season and has Kentucky (5-3, 2-3) in search of a sixth victory to claim bowl eligibility with four games remaining, starting with Saturday’s contest at Missouri.

“(I’m) really excited about this opportunity, to be honest with you,” Stoops said. “Any time you take a butt-kicking like that, you get into work on Sunday after that long bus ride home. And Sunday, it’s not fun. But we have to face the facts. We have to take a good look at ourselves, see the areas where we’re falling short and address them.”

Stoops said the Wildcats will be focusing on how to improve on offense following their lowest-scoring output of the year. He added adjustments will need to be made across the board.

“Obviously, you’re not very pleased with that result,” Stoops said. “You have to always look at things and see where you’re falling short. You better look at it, address it, and get it fixed. But we’re not going to do anything drastic. We are constantly looking at things and striving to be better. We’ve got to look at why and where we’re spending our time. All those things we have to look at to put our players in a position to be successful.”

The Tigers (4-4, 2-3 Southeastern Conference) have had several close calls this season and won last week at South Carolina, 23-10. Missouri has won two straight after dropping their first three conference encounters, including a 26-22 loss to top-ranked Georgia.

“I think they’re playing extremely hard,” Stoops said. “They always have some guys up front who are disruptive and play very physical. They’re playing very good as a team.”