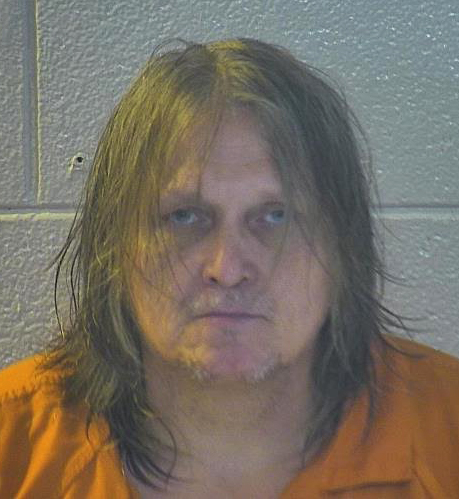 STANFORD – A man was arrested on drug-trafficking charges after deputies found suspected marijuana, methamphetamine and heroin at his residence.

James I. Moore, 51, of 2345 Bowen Road, Stanford, was arrested on multiple drug-related charges at about 9:15 p.m. on Oct. 26 by K9 Sgt. Michael Mullins of the Lincoln County Sheriff’s Office.

According to the arrest citation, deputies traveled to 2345 Bowen Road in an attempt to serve an arrest warrant on Moore, when Mullins noted a strong odor of marijuana in the interior of the home.

Deputies were told by someone in the residence that Moore was in his bedroom, but he was located inside of the outbuilding – along with a Tupperware bowl with approximately 15.2 grams of suspected methamphetamine, digital scales and baggies.

“On the bed a pouch that contained packaged baggies of suspected marijuana and also a baggy of suspected methamphetamine,” the citation states. “Inside the same pouch was a vape cartridge box with several baggies of white crystal substance and a yellow tied baggie with a white-like substance believed to be heroin.”

Approximately 2.3 grams of heroin and 1.7 ounces of crystal methamphetamine were located during the search.

“Based on the packaging, quantity and numerous complaints at this residence, RS that the use of and/or trafficking of narcotics is present at this location,” the citation states.

Moore allegedly stated that all of the “stuff” was his.